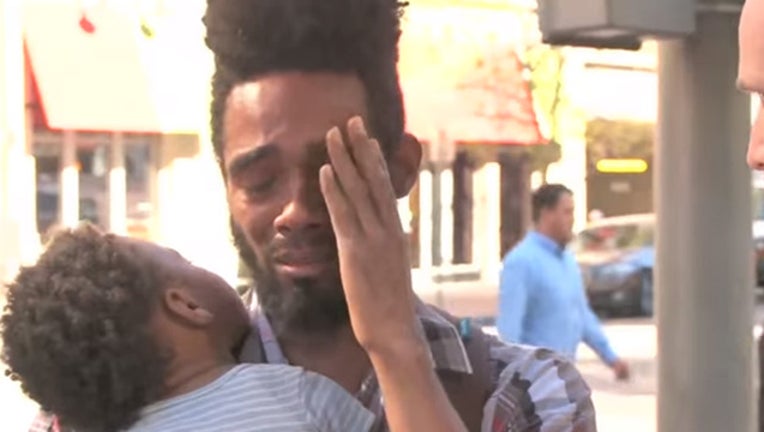 A single dad and his son who moved from New York to Denver ended up on the streets. But they had their lives transformed by philanthropist Leon Logothetis, who is traveling around the world performing random acts of kindness. Logothetis gave James Moss and his 1-year-old son Zhi $1,000 and a hotel room for a week.

Someone else set up a GoFundMe page. It has raised more than $35,000 to raise money for a car for Moss and daycare for his son while he works as a barber.