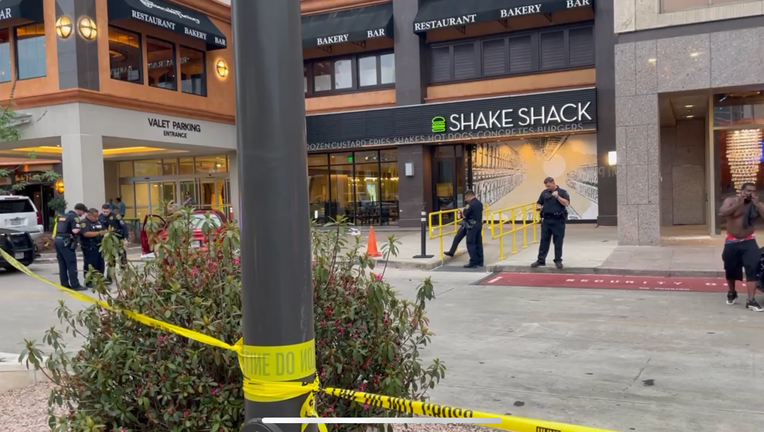 HOUSTON - Authorities say a fight at the Galleria Saturday evening escalated into at least 1 person shot in the leg.

Details are scarce as it's an active investigation, but the shooting happened around 7 p.m. outside the Shake Shack on Westheimer at the Galleria.

Police say a man was shot in the leg during an argument. He was taken to the hospital and is expected to survive.

Meanwhile, the gunman fled and police are continuing to search for him.

Being a holiday weekend, the Galleria was packed with patrons. The only business that ended up closing, however, was the Shake Shack.

The crime scene didn't stop people from going in and out of the Galleria. This is the second shooting at the Galleria in less than a month, when back in March, a man was shot in the parking lot.

Anyone with information on this shooting is urged to contact the HPD Major Assaults & Family Violence Division at 713-308-8800 or Crime Stoppers at 713-222-TIPS.