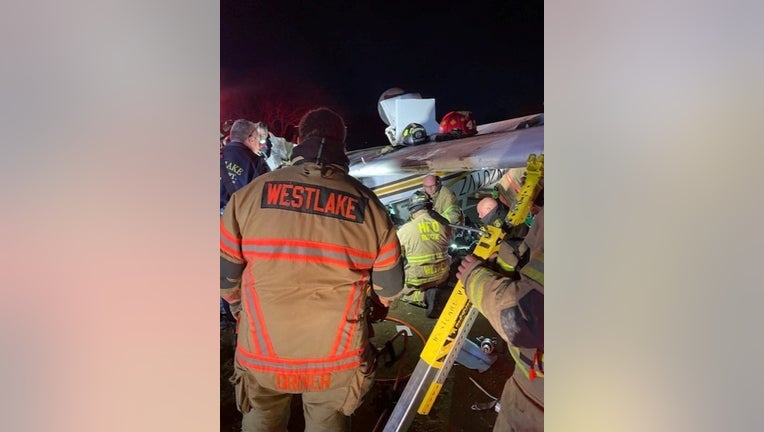 HOUSTON - Deputies with the Harris County Sheriff's Office are investigating a small aircraft found Friday evening at a golf course on the city's west side, where two people were injured.

Details are scarce as it's an active scene, but Sheriff Ed Gonzalez says officers were called out to Pine Forest Country Club in the 18000 block of Clay Rd. near Baker Cypress, just a few miles from West Houston Airport.

We're told there was damage to the aircraft and life-flight has been requested and firefighters are responding as well as the Texas Department of Public Safety. Additionally, there were two people in the aircraft that suffered injuries but are alive. 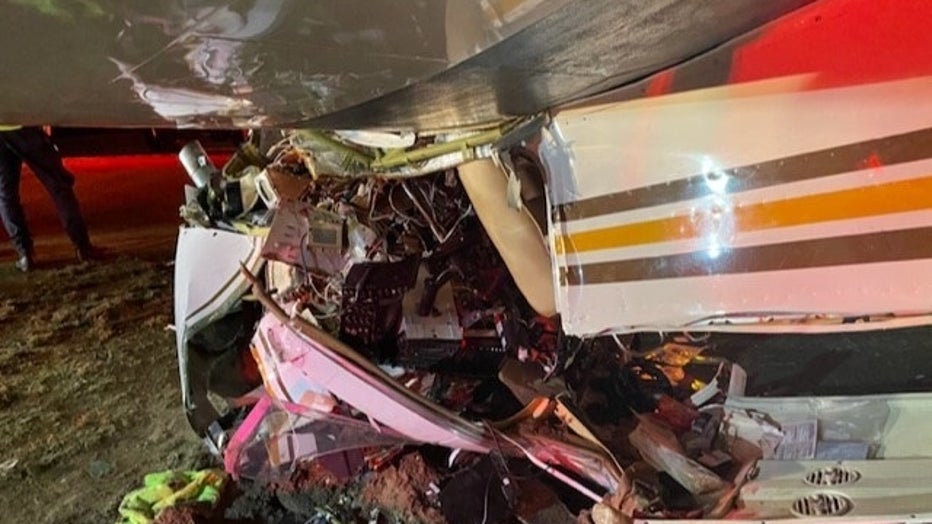 Photo of the aircraft, which was upside down, when it was discovered. (Source: Westlake Fire Department Fire Chief)

They were airlifted to the hospital in serious condition.

FOX 26 Houston will continue to follow this story as more information becomes available.