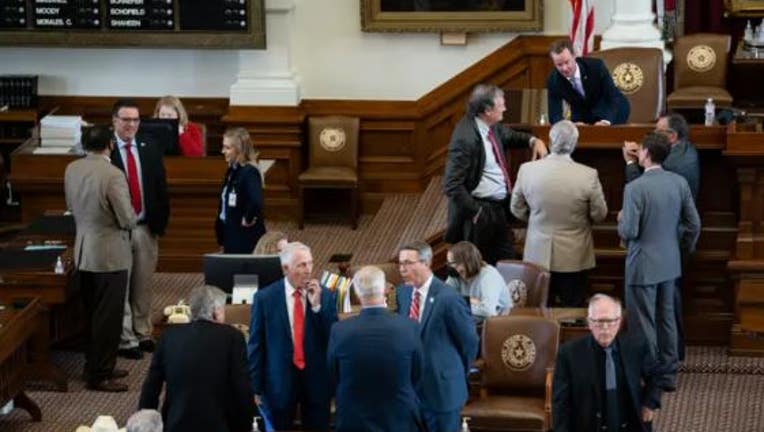 AUSTIN, Texas - The Texas House gaveled in for its second special session on Saturday without having the number of members needed to conduct official business — a sign that the tensions between Republicans and Democrats in the chamber are not going away anytime soon.

Both chambers convened at noon for a second overtime round ordered by Gov. Greg Abbott after the first 30-day stretch ended in an impasse after House Democrats left the state to block a controversial GOP elections bill.

"Texas House Democrats continue in our fight to stop Texas Republicans’ efforts to undermine our democracy by passing their anti-voter legislation. Day by day, we will keep fighting with everything we have to protect Texans’ freedom to vote," Texas House Democratic Caucus Chair Chris Turner, D-Grand Prairie, said in a statement after the House adjourned for the day.

The lower chamber convened as drama among Democrats played out over a lawsuit filed Friday, accusing the speaker, governor and state Rep. James White, R-Hillister, of infringing on their constitutional rights to free speech amid efforts to bring them back to Austin for the first special session that ended Friday.

With Friday’s sine die behind them, the Democrats still in D.C. continued to disperse Saturday. But it was apparent they would not contribute to the tally needed for the House to regain quorum.

Several of the roughly 40 members still in Washington were seen leaving their hotel throughout Friday, but some indicated they were not headed for the House floor. Others were seen in the hotel lobby, with their luggage in hand, just hours before the House was set to gavel in on Saturday.

Democrats on Friday evening were working to confirm that at least 50 members would not immediately return to the House, even if they were back in Texas. By Saturday morning, enough had quietly pledged to now show up to continue denying Republicans the quorum at least through the weekend.

Upon breaking quorum in early July, 57 members had provided letters to the House journal clerk asking for their voting machines to be locked in their absence. Half an hour before the House reconvened, the clerk's office indicated that none of those Democrats had checked back in and that their voting machines would remain locked until they returned.

James Barragán contributed to this report