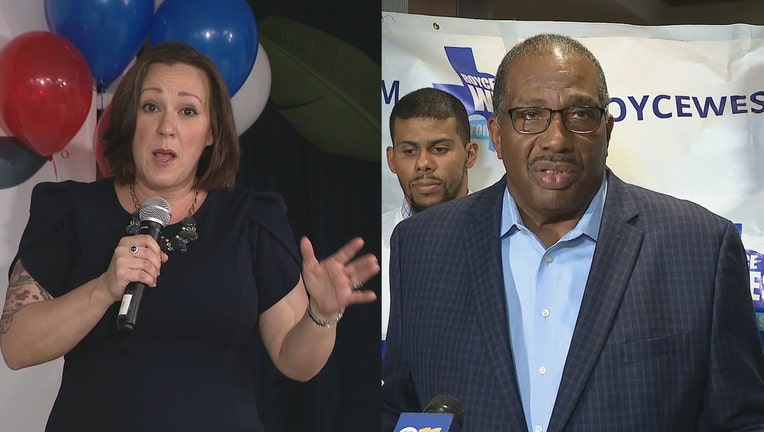 DALLAS - Dallas Sen. Royce West will advance to a primary runoff in May against MJ Hegar in the Texas Democratic primary contest for U.S. Senate.

Nearly a day after polls closed on Super Tuesday, it was determined West finished in second place with 15 percent of the vote. Cristina Tzintzún Ramirez conceded Wednesday afternoon after the final count showed her narrowly behind West with 13 percent of the vote.

West said Wednesday he was honored by voters' support and to have a chance to win the nomination.

"I believe we are well-positioned to win the runoff," West said in a statement. "The runoff is a brand new day."

Ramirez said she was proud of the race she ran, which promoted progressive ideas.

“We ran this campaign unapologetically, and we all have so much to be proud of for what we’ve accomplished,” Ramirez said in a statement.

Hegar, a former Air Force helicopter pilot, easily finished in first place on Super Tuesday, with 22 percent of the vote in a crowded 12 person Democratic field.

Cornyn coasted to a primary win on Tuesday and is the favorite in the fall as he seeks his fourth term in the U.S. Senate.

Texas has not elected a Democrat to the U.S. Senate since 1988.

The runoff election will take place in two and a half months on Tuesday, May 26.