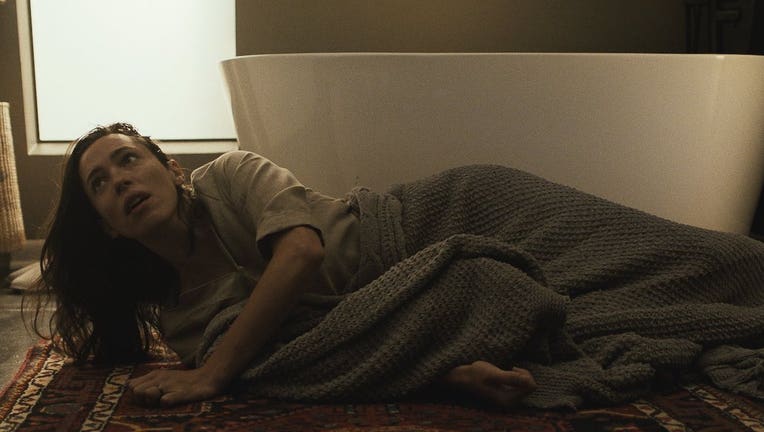 Washington, D.C. - The loss of a loved one never seems to make sense. What could have been done differently? What else could have happened? Death leads to all kinds of puzzling questions for which we can never seem to find answers.

In the exceptionally unsettling "The Night House," directed by David Bruckner and written by Ben Collins and Luke Piotrowski, the inexplicability of death isn’t just cause for confusion, but a source of riveting existential horror. Actress Rebecca Hall grounds the ever-shifting film as it transforms from what seems like a straightforward ghost story into something murkier, more troubling and thoroughly unshakeable.

About "The Night House": Loneliness and bewilderment as fuel

"The Night House" centers on widow Beth (Hall), whose husband Owen (Evan Jonigkeit) recently died by suicide. Left alone in the gorgeous lakeside mid-century home that Owen built for them, Beth struggles to understand what led her husband of 14 years to that decision.

Beth is sardonic and direct, and she slips into dark humor to try and deal with her grief. By cracking uncomfortable jokes, she unnerves the mother of one of her high school students, who tries to cajole her into changing his grade, and discomforts her fellow teachers, who wonder why she’s carrying Owen’s suicide note around in her purse. But all joking aside, Beth is beginning to lose her grip on reality, and each night spent in her house only adds to that slipperiness.

Related: Apple TV’s ‘CODA’: A heartwarming film that hits all the right notes

Her husband’s empty spot next to her in bed is one kind of trauma, and everything else that begins happening to Beth is another. Knocking noises and doors are opened to no one there. Muddy footsteps appear around the exterior of her home that then disappear. Shadowy figures materialize out of nowhere, like Rubin’s vase, and a stereo turns on by itself.

Was Owen leading a double life? And Owen’s sketchbook, with the word "Caerdroia" scrawled in a corner—what does that mean? Is someone tricking Beth, or is Owen trying to communicate from beyond the grave? 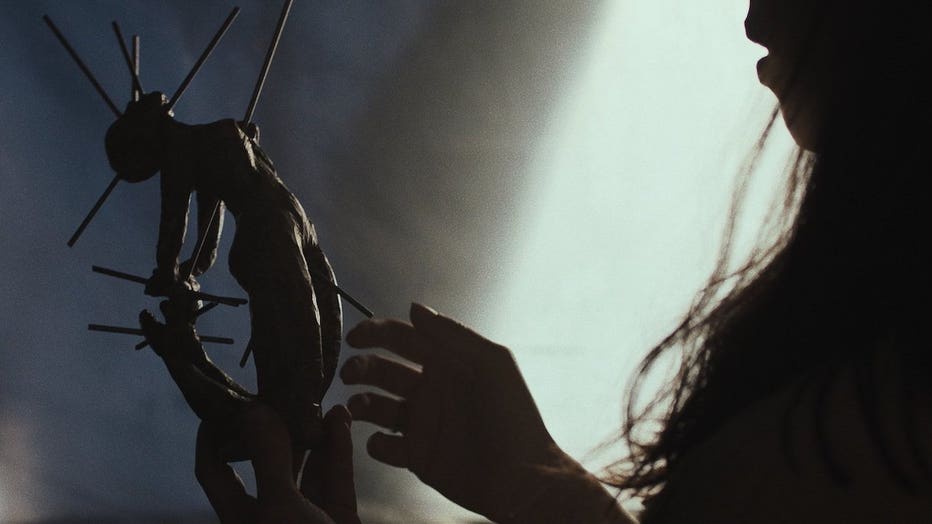 Beth’s coworker and best friend Claire (Sarah Goldberg) worries that Beth is drinking too much, and becomes especially concerned when Beth theorizes that perhaps her mental health struggles "infected" Owen.

But then Beth’s neighbor Mel (Vondie Curtis-Hall) admits that he sometimes saw Owen pacing the woods around their home in the middle of the night. "You should be with your friends and family. Do you have anybody?," Mel asks as Beth realizes how much she didn’t know about Owen. "The Night House" uses her loneliness and bewilderment as fuel for its relentlessly disorienting vibe.

Bruckner has a history in the genre: He co-wrote and co-directed the psychological horror film "The Signal" and helmed the familiar but effective "The Ritual." There are various elements of "The Night House" that are summarily overused in horror (loud noises, jump scares, occult stuff), but Bruckner’s experience and confidence elevates them.

That patience and suggestiveness are complemented by longtime collaborator Ben Lovett’s score, in which static and synths combine into an enveloping, yet jarring, aural blanket.

The suggestive dreaminess of "The Night House" is its strongest quality, and Hall’s prickly, down-to-earth performance serves as a necessarily grounding counterweight. Hall has a couple of standout performances under her belt in the films "Professor Marston and the Wonder Women" and "Christine," and her work in "The Night House" is equally compelling.

Hall’s strength as an actress is her ability to balance terse directness with wounded vulnerability, and her performance crosses back and forth between those two modes. Beth careens between a scornful glee at making other people uncomfortable (like by pantomiming shooting herself in the head with a "Pow!" sound effect) and a manic obsession with grasping Owen’s last days, and although Beth makes some typically silly horror-movie protagonist choices, Hall remains committed to the bit.

Her smile always looks like she’s screaming, and while the film’s script puts Beth through it, Hall maintains the character’s humanity.

There is an issue, though, with how Collins and Piotrowski’s screenplay somewhat loses the thread toward the end of its 110-minute run time. At a certain point "The Night House" shifts from the haunted-house film it starts out as to one that adds more and more overly familiar horror elements until the narrative sprawls more than it needed to.

Nevertheless, "The Night House" still oozes ominous impact, and the final scene packs a nightmarish punch. Sleep with the lights on afterward.

About the writer: Roxana Hadadi is a film, television, and pop culture critic. She is a member of the Washington DC Area Film Critics Association, the Alliance of Women Film Journalists, and the Online Film Critics Society, and is a Tomatometer-approved Top Critic on Rotten Tomatoes.

Before you see "The Night House," get to know the artists behind it with these free movies on Tubi

Christine (2017): Hall garnered extensive recognition from critics associations around the world for her visceral performance in this drama, which is based on the life "of local Florida news anchor Christine Chubbuck, whose personal and professional demons led to a shocking decision on live TV." Also features Michael C. Hall, Maria Dizzia, Tracy Letts and J. Smith-Cameron.

Professor Marston and the Wonder Women (2017): Another terrific performance from Hall, this one in an ensemble film that tells the story of the creation of the character of Wonder Woman. Luke Evans, Bella Heathcote, Oliver Platt and Connie Britton also star.

Paranormal Demons (2018): Bruckner wrote, directed and appears in this "Blair Witch"-esque screamer, in which "a group of film students visit a sanatorium where a poltergeist supposedly resides and discover true horror while on the ghost hunt."