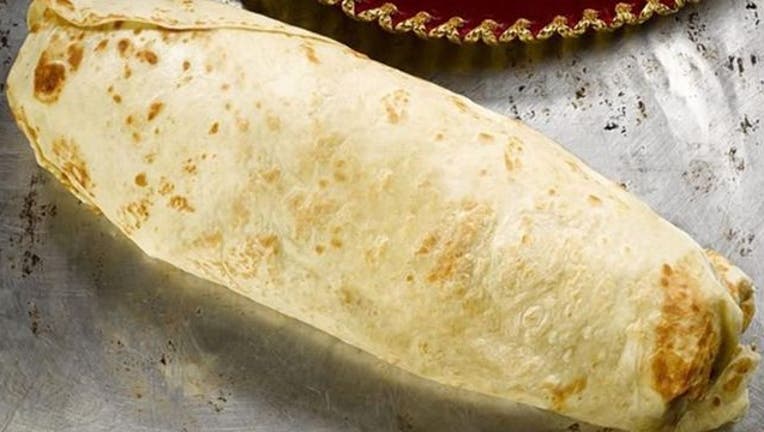 Don Chingon in Brooklyn has a 30-pound burrito. (Don Chingon)

Food challenges usually bring meager awards like your name on a plaque and maybe a free meal. But one New York City eatery is upping the ante and offering a piece of brick and mortar with its burrito challenge, reports Food and Wine.

Brooklyn Don Chingon says you'll own 10 percent of the restaurant if you’re able to polish off its 30-pound Gran Chingon burrito and a Ghost Pepper margarita in an hour. The Gran Chingon is more than three feet long and is filled with chicken, steak, chorizo, carnitas, cheese, rice, beans and salsa.

In order to win you can’t stop for a break or (ew) even for the “discharge of bodily fluids,” according to the rules.  Also in the fine print is that Don Chingon is not responsible for “death or illness” that might occur during the massive meal. And if you don’t make it, you’re still going to have to cough up $150 for the entrance fee and the honor of attempting the challenge in the first place.

Keep in mind that the current record for eating a giant burrito stands at 14.25 lbs.by competitive eater Joey "Jaws" Chestnut in May 2015. This is nearly double that.