Roughly 50,000 had to evacuate their homes just before Thanksgiving, now, some of them are receiving legal advice from attorneys.

PORT NECHES, Texas - Nearly 50,000 residents who lived within a four-mile radius of the TPC refinery were ordered to evacuate their homes just one day before the Thanksgiving holiday. On Sunday, dozens of them met with attorneys at a town hall in Beaumont to get legal advice on what to do next.

Roberta Brince and her family live two blocks away from the plant.

“I heard a noise. It sounded like thunder. We actually thought it was thunder and it kept going on and on and louder and louder. My house started shaking and I sat up in bed. All of a sudden it was 'boom,' a loud boom. Windows shattered. It looked like a fireball coming at my house,” Brince said. 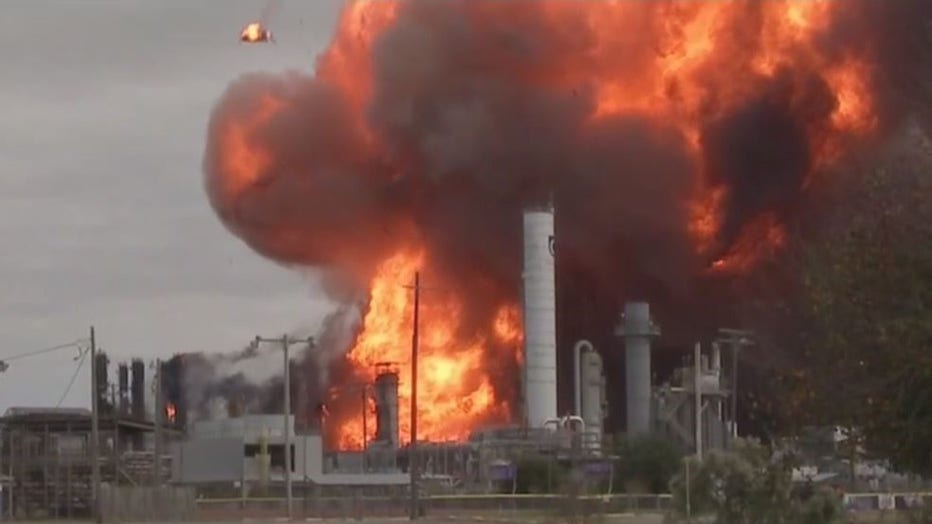 “I can’t sleep. I’m terrified. I live two and a half blocks from the plant and I never thought this would ever happen,” Brince continued.

Days after the TPC refinery first exploded, Brince said she and her family are still coping with the fear that another blast could happen.

“You're terrified. Every little noise you're jumping outside and seeing what it is,” Brince said.

She said police knocked on their door in the middle of the night, ordering them to evacuate their home the day before Thanksgiving. The family had no choice but to leave everything behind.

“There’s a lot of structural damage. There's windows blown out and doors blown open. We have a seal blown out underneath the house, maybe more. We have beams cracking in our attic,” Brince said.

Although TPC said the fire has now been contained, smoke continues to burn, billowing a chemical called butadiene into the air.

“I can look out my front door and still see the flames through the trees. I'm that close,” Brince said.

Those feelings of panic resonated with Kathleen Mobley.

Mobley said although the mandatory evacuation order was lifted, she and her family haven't been able to go back home. They showed up to Sunday's town hall, hoping to find answers on what and where they'll go next.

“I need some answers and I actually need some help with a hotel somewhere to stay until my house is fixed,” Mobley said.

Attorney Bill Ogden advised residents like Brince and Mobley to document everything, including taking pictures of all the damage to their homes. He also suggests anyone who was exposed to the fire to see a doctor immediately.

“If you haven’t seen the latest information about the debris that may or may not be on your property, I’d advise you not to touch it. VOC readings came up on Thursday and Friday which ended up being asbestos,” said Ogden.

Ogden also told residents to not trust just any contractor who may knock on their doors, offering help or a deal that seems too good to be true. He urges everyone to do their research and to ask an attorney to review any paperwork before signing it.