Harris County is offering drive-thru voting locations, and some Texas GOP leaders are responding with a lawsuit.

Harris County has set up drive-thru voting to give more options in the midst of the COVID-19 crisis.

In a press release, The Republican Party of Texas says drive-thru voting is "an illegal expansion of curbside voting which should be restricted to only those that are sick or disabled." They argue drive-thru voting shouldn’t be allowed because the fear of contracting COVID-19 is not a valid excuse.

The lawsuit states “unless stopped, each of these instances of illegal voting will cast a cloud over the results of the general election.”

“Frankly, we are doing our jobs today making sure people can vote safely and conveniently. They can waste their time in court, and we can have some lawyers meet them there,” said Hollins in response to the lawsuit. 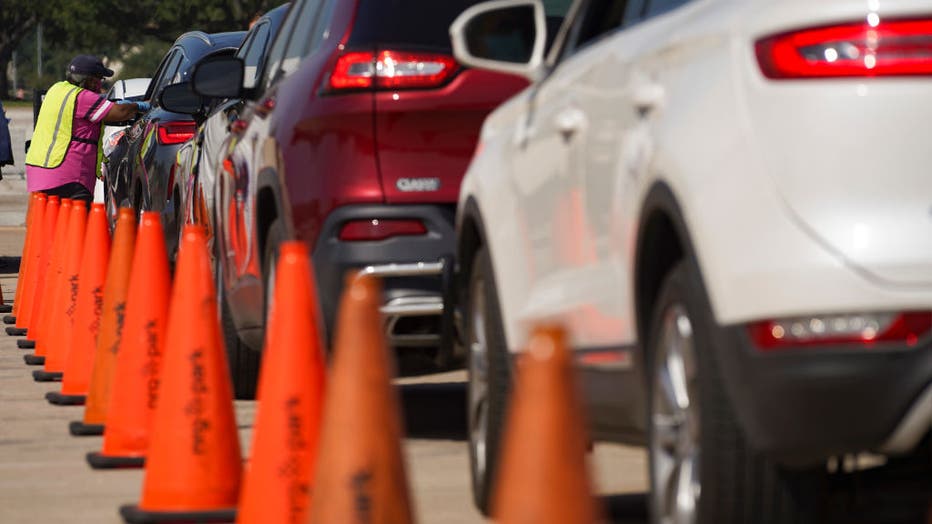 HOUSTON, TX - OCTOBER 07: An election worker accepts ballots from voters in cars at a drive-through mail ballot drop-off site at NRG Stadium on October 7, 2020 in Houston, Texas. Gov. Gregg Abbott issued an executive order limiting each county to one

Hollins says he is not surprised by the lawsuit.

“It also shows a gross misunderstanding of what drive-thru voting is. They are alleging that it is the same as curbside voting. It is not. We have curbside voting at every single voting center, and we have drive-thru voting that is for everybody. Curbside voting is for those that have disabilities that are ill and issues getting into the voting center. Drive-thru voting is for every single voter. We have set that up. We have worked with the secretary of state to make sure that this is in compliance with the election code and all of that stuff. It's disappointing, but at this point is not surprising,” said Hollins.

Drive-thru voting is currently available at 10 locations across Harris County. Curbside voting is available in the county’s 120 polling locations.

What to know about early voting in Harris County

Early voting in Texas begins on Tuesday, Oct. 13 and there are drive-thru locations and locations open for 24 hours.

Several weeks ago, the Supreme Court of Texas ruled Hollins was attempting to send absentee ballot requests to voters that were not legally able to vote absentee.

"Any voter that does not qualify to vote curbside under narrow statutory language would be voting illegally if allowed to vote drive-through," the party released in a statement on Tuesday.