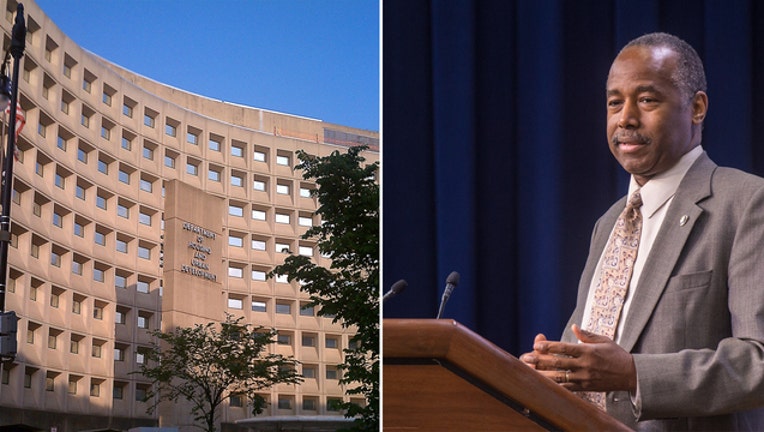 WASHINGTON - When the acting head of the Department of Housing and Urban Development asked an agency official to "find money" to pay for a costly makeover of incoming Secretary Ben Carson's office, she recoiled, telling him $5,000 was the statutory max. But that wasn't the end of the conversation, according to a complaint alleging retaliation filed with a federal whistleblower agency.

Helen Foster, HUD's former chief administrative officer, wrote in the complaint that she was told the administration "has always found money for this in the past" and that "$5,000 will not even buy a decent chair."

HUD would later spend $31,561 on a dining set, according to an agency document.

In response to a request for comment Tuesday, HUD said only blinds were purchased for Carson's office and were within the $5,000 limit. The agency said the dining set was considered "a building expense" rather than a decoration and was not ordered by Carson. The set is in a room adjoining the secretary's office.

Foster alleges she was demoted after she refused to bankroll the pricey office remodeling, which Foster says had been requested by Carson's wife. It also describes an environment in which high-level officials at the agency told Foster to skirt the rules or break them entirely.

Foster filed the complaint in November; it was first reported by The Guardian on Tuesday.

Foster wrote that she discovered a $10.8 million budget shortfall last year from "accounting irregularities" in 2016 and raised concerns with senior agency officials. She said she was "informed that agency leadership was unwilling to report the $10.8 million funding deficit" to the appropriation's staff tasked with handling congressional approval for the department's funding.

The allegations of financial mismanagement in Foster's complaint come on the heels of a Trump administration budget proposal that would slash funding for affordable housing and impose work restrictions for those who receive rental assistance. During a tour of public housing facilities last year in Columbus, Ohio, Carson told The New York Times that subsidized units shouldn't be too comfortable.

Aside from fiscal issues, Foster wrote in her complaint that she was blocked from processing a pair of sensitive requests for public documents under the Freedom of Information Act because of her perceived political affiliation.

On Tuesday, HUD said that Carson decorated his office mainly with furniture from the agency's basement. He didn't ask for a new dining set, the agency said in a statement, and that it was a decision made by "career staffers" to order it. The agency said the set wasn't purchased with funds earmarked for redecoration and was considered, instead, to be a building expense.

As for Foster, the agency said she is still a HUD employee, and that it is customary for staffers to be rotated.

HUD's Office of the Inspector General said Tuesday that it would not confirm or deny whether it had opened an investigation into Foster's allegations. But Carson earlier this month requested that the office investigate his son's involvement in a listening tour in Baltimore last year to determine whether or not his role posed a conflict of interest.

Foster's complaint asks for a public apology, and that she be reinstated to her original position. Foster's attorney, Joseph Kaplan, said Foster wants her reputation back.

"This is the typical example of what can unfortunately happen to a brave civil servant when they do the right thing," he said.