WASHINGTON (AP) - U.S. Border Patrol agents on horseback engaged in "unnecessary use of force" against non-threatening Haitian immigrants but didn’t whip any with their reins "intentionally or otherwise," according to a federal investigation of chaotic scenes along the Texas-Mexico border last fall that sparked widespread condemnation.

In a 511-page report released Friday, Customs and Border Protection blamed a "lack of command control and communication" for mounted agents using their horses to forcibly block and move migrants during an influx of Haitians arriving last September at the U.S. border outside Del Rio, Texas. 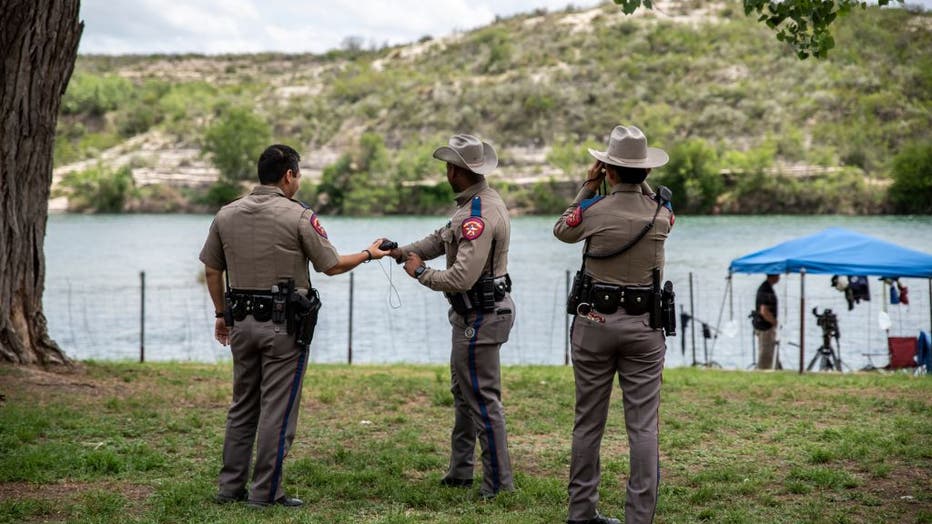 Texas State Troopers look across the river at a group of boys swimming in the Rio Grande near the border between Mexico and the United States in Del Rio, Texas on May 16, 2021. - Crossings in Del Rio have risen significantly this year with many cross

"We’re gonna learn from this incident and we’ll find a way to do better," CBP Commissioner Chris Magnus said during a news conference announcing the report. "Not everyone’s going to like all the findings but the investigation was comprehensive and fair."

Video and photos of the incident made it appear agents were whipping Haitians, which caused outrage among advocacy groups and civil rights leaders. The Biden administration promised a full investigation after many in the president’s own party objected that such tactics with racial overtones were the kinds of policies the U.S. was supposed to be moving away from after years of hardline immigration tactics under President Donald Trump.

A former police chief, Magnus took over the nation’s largest law enforcement agency in December and is being watched closely for shepherding the ongoing investigation. Homeland Security Secretary Alejandro Mayorkas said in a statement Friday that "the organizational failures of policy, procedures, and training that the investigation identified were a disservice to the agents and the public they serve."

The dangers of crossing the border

We're seeing firsthand how dangerous it can be for migrants to get here. With Title 42 set to expire this month, more migrants are preparing to make the dangerous journey into the US.

"I promise you, those people will pay," the president said then. "There is an investigation underway right now and there will be consequences."

Asked if the politically charged environment marred the investigation, Magnus said "it was inevitable, certainly not surprising, that there was going to be a reaction to that from the community, from those in the media from elected officials, from different advocacy groups."

But he said he instructed investigators "that all of these things were to be put aside, to be disregarded."

"I was counting on them to do a fair, through, comprehensive investigation with no attention to this outside influence," Magnus said.

By September 19, 2021, around 15,000 Haitian migrants had crossed from Mexico into the United States and were concentrated in an encampment underneath the international bridge.

Magnus said the investigation began the day after the incident and included testimony from more than 30 people, among them witnesses and journalists. Investigators said they were unable to locate Haitian migrants involved to get their accounts — but used statements and court documents that some provided as part of lawsuits they filed against U.S. authorities.

Magnus said four Border Patrol personnel have been recommended for disciplinary action for their conduct, though he declined to discuss exactly what each had done to warrant possible punishment, or elaborate on what sanctions they could face. That comes after prosecutors in April declined to pursue criminal charges, he said.

Disciplinary actions are separate from Friday’s findings and won’t be announced until later. All four CBP officials have been on administrative duty since the investigation began, according to senior agency officials who briefed reporters before Friday’s report was released.

Mark Morgan, a former acting CBP commissioner under Trump, dismissed the entire investigation as politically motivated since no Haitians were actually whipped.

"From the start, these agents have been smeared, lied about, and vilified by nearly everyone on the left," Morgan said in a statement.

As a massive migrant caravan treks through Mexico, FOX News has an exclusive perspective of the hazardous conditions facing migrants, and law enforcement officials in the battle to secure the southern border.

Federal investigators said no migrant was struck with a whip, forced to return to Mexico or denied entry into the U.S. during the approximately 15 minutes that they were forcibly blocked and moved by mounted agents. One agent yelled inappropriate comments about a migrant’s national origin including, "You use your women" while also narrowly missing crashing his horse into a child walking nearby while pursuing a migrant.

Agents acted with the permission of their supervisor, who was unable to get guidance from higher up the Border Patrol chain of command, the report said. Communication occurred on a radio channel that wasn’t recorded, further complicating investigation into the incident.

The use of force drove migrants back into the Rio Grande, despite their having been well within U.S. territory and not presenting threats — which was counter to CBP’s mission, the report found.

It also said the incident began after authorities from a state agency also working in the area at the time, the Texas Department of Public Safety, requested help from federal authorities.

That conclusion follows Republican Texas Gov. Greg Abbott this week authorizing state forces to apprehend migrants and return them to the U.S.-Mexico border — raising questions about his state’s enforcement powers as top GOP leaders have slammed the Biden administration for failing to curb the rising number of crossings. 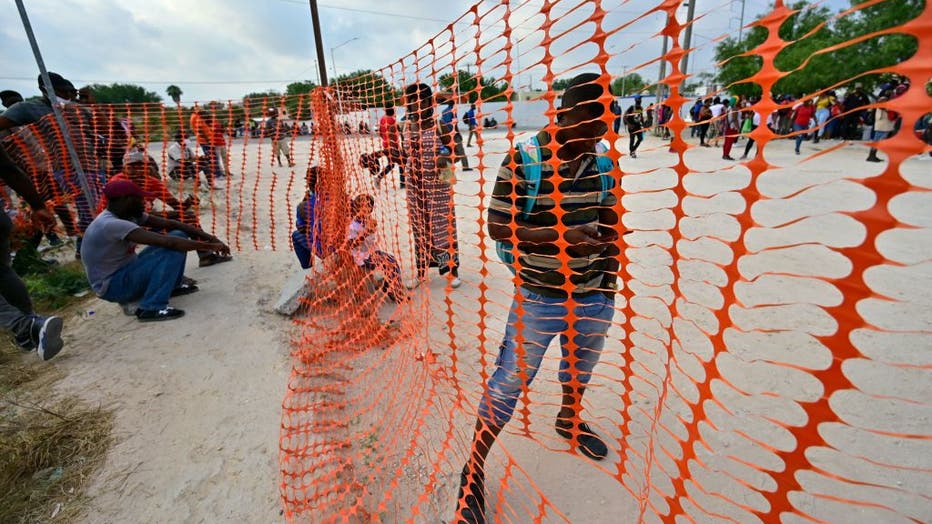 TOPSHOT - Haitian migrants remain outside a shelter in Reynosa, Tamaulipas state, Mexico, in the border with McAllen, Texas state, US, on May 19, 2022. - A health rule imposed at the start of the Covid-19 pandemic that has blocked most asylum seekers

Magnus said Friday that his agency has "a shared interest with Texas" in "maintaining a safe, orderly, humane immigration process," and that federal officials "stand ready to work with Texas to achieve these goals."

"But the challenge is, when any state, such as Texas, takes unilateral action, that just makes it harder for us to do this," he added.

More from The Associated Press