The FBI and Sarasota County Medical Examiner's Office are among those who were on the scene at the Myakkahatchee Creek Environmental Park in North Port, working to identify human remains spotted in an area that was previously underwater.

NORTH PORT, Fla. - FBI agents were still at the Carlton Reserve in Sarasota, where skeletal remains were found Wednesday during the search for Brian Laundrie, the only person of interest named in the disappearance and death of Gabby Petito.

Agents continued to process the scene in the Myakkahatchee Creek Environmental Park in North Port where items belonging to Brian Laundrie were found near the skeletal remains, according to North Port PD.

The Laundrie family attorney said Thursday there is a "high probability" the remains that were found are that of Brian.

The FBI is expected to process the scene over the next two days. Cadaver dogs were again brought in and the medical examiner has said "he doesn’t know" when he will be able to ID the remains. 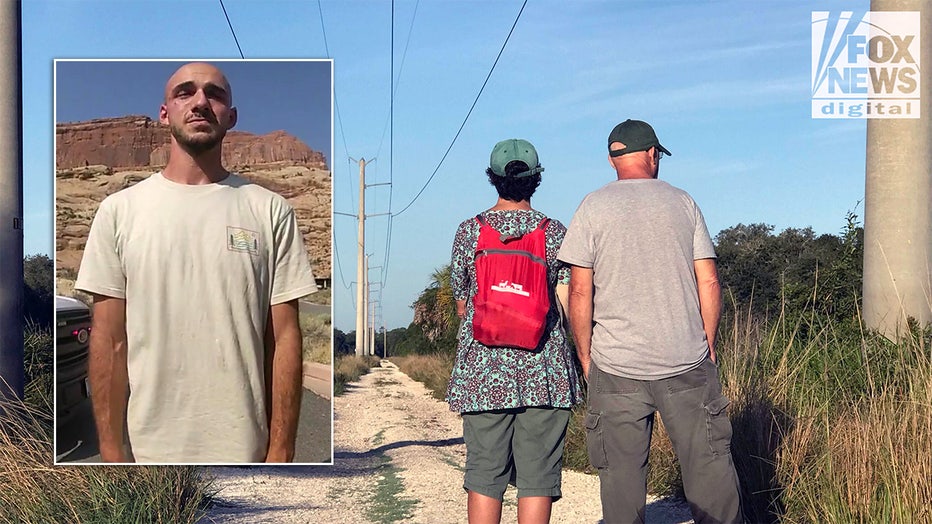 From above, it looks as if they are concentrating in two locations, near where the FBI says it found Laundrie’s backpack and notebook, in an area that had previously been underwater.

Law enforcement painted a picture of the type of conditions officers are working under.

Governor Ron DeSantis said he spoke to Joseph Petito, the father of Gabby Petito, who went missing and then was found killed in Grand Teton National Park. DeSantis said Petito is resolved to help prevent future victims of domestic violence and the governor said he would do what he could to help in that effort.

"Today when I walked back there, I got to see the treacherous conditions that they were working under. We are talking about water levels that are up almost to the chest area, rattlesnakes, moccasins and alligators," Lee County Sheriff Carmine Marceno described.

The Laundrie family reported Brian missing on September 17 after he left their home five days earlier.

Brian remains a person of interest in the death of his fiancé, Gabby Petito, whose body was found strangled in Grand Teton National Park, in Wyoming, following the couple’s month-long road trip out west.