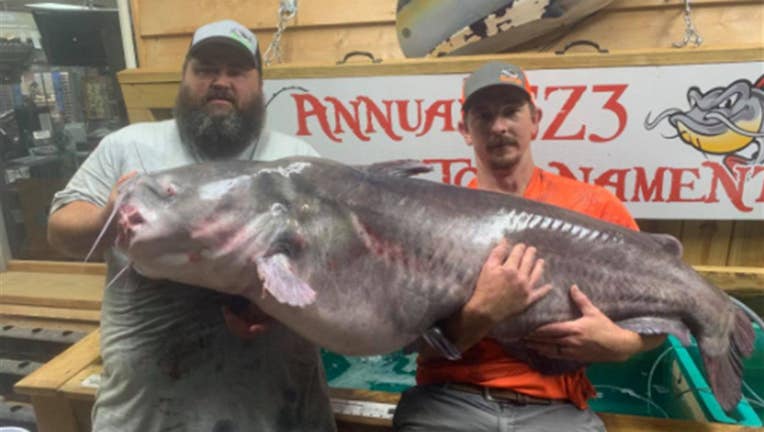 This is why it’s always a good idea to keep a biologist’s number in your phone.

A fisherman in North Carolina reeled in a massive 127-lb catfish during a recent trip. While actually catching the fish was hard, actually getting it weighed on a certified scale by an official was almost as difficult.

Rocky Baker spoke with FOX News about catching the fish, which is in the process of being certified as a new state record. According to Baker, a state biologist certified the weight and measurements and the paperwork is in the mail.

Baker caught the fish while out on a trip on the Roanoke River with his buddy, Justin Clifton. According to Baker, if Clifton hadn’t been there, he never would’ve been able to get the record-breaking catfish into the boat.

The fish took the bait just after 9:30 pm on Saturday. Baker said he knew the fish was big, but it wasn’t until he got it into the boat that he realized it might be something special. According to him, it looked like a whale in the back of the boat.

While a scale on the boat measured the fish weighing between 130 to 140 pounds, Baker took the fish to a nearby store, E-Z Bait and Tackle, which had a certified scale.

Unfortunately, they didn’t arrive until about 1:30 a.m. The state biologist wasn’t able to make it to the store to certify the weight until 5:30 a.m.

Baker explained that he and Clifton spent the hours keeping the fish alive and as comfortable as it could be. While the official was slightly less than what Baker originally thought, it was still big enough to set a new state record.

As for the fish, Baker released it back into the river after everything was finalized. The last he saw the fish, it was swimming back down to the bottom of the water.