The U.S. Drug Enforcement Administration has issued a warning for parents after the discovery of fentanyl disguised as children's chewable vitamins. LiveNOW from FOX's Josh Breslow spoke with FOX 5 DC's Bob Barnard about that warning.

The Drug Enforcement Administration is warning the public about brightly-colored fentanyl being circulated throughout the United States.

The "rainbow fentanyl" was seized by agents in 18 different states this month alone, according to a DEA news release.

The administration believes the colorful narcotics are meant to attract children and young people because it resembles candy. 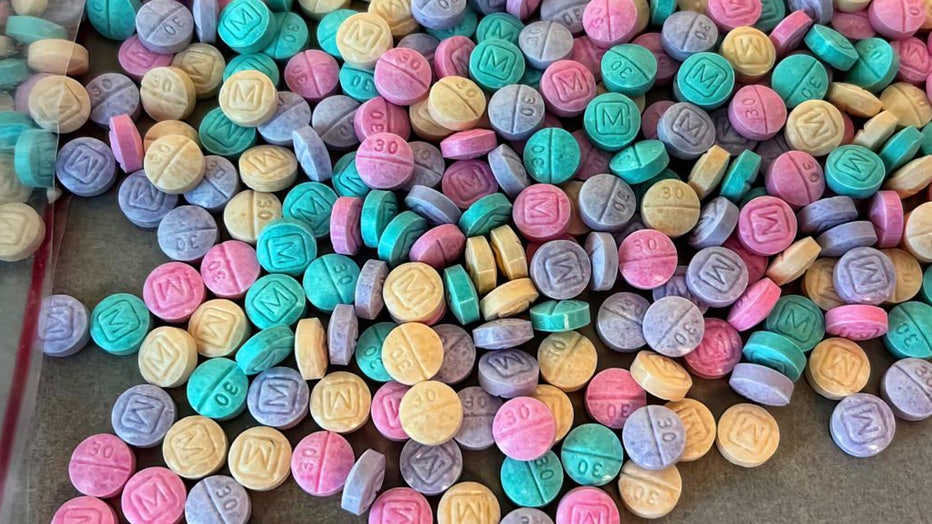 "Rainbow fentanyl—fentanyl pills and powder that come in a variety of bright colors, shapes, and sizes—is a deliberate effort by drug traffickers to drive addiction amongst kids and young adults," said DEA Administrator Anne Milgram.

The fentanyl being seized by agents come in the form of colorful powder, pills and even blocks which looks similar to sidewalk chalk, the DEA said. 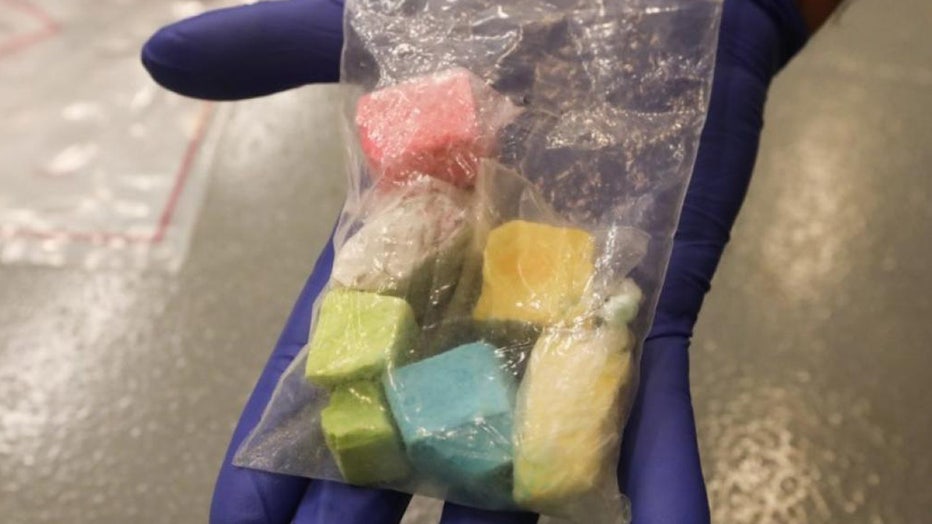 Rainbow fentanyl inside of a plastic bag. (DEA)

There have been claims that certain colors have higher potency of fentanyl, however, the administration said lab testing has not shown any evidence of this.

"The men and women of the DEA are relentlessly working to stop the trafficking of rainbow fentanyl and defeat the Mexican drug cartels that are responsible for the vast majority of the fentanyl that is being trafficked in the United States," Milgram added.

Fentanyl is a synthetic opioid that can be up to 100 times stronger than morphine, according to the U.S. Centers for Disease Control and Prevention and the DEA.

Pharmaceutical fentanyl was developed for pain management treatment of cancer patients and applied in a patch on the skin. But because of its powerful opioid properties, it has helped drive the nation’s drug overdose epidemic.

The CDC estimates that in 2021, more than 107,000 Americans died of drug overdoses. Approximately 66% of those deaths were related to synthetic opioids like fentanyl.

"Fentanyl poisonings are at an all-time high," Minnehaha County Sheriff Mike Milstead, the South Dakota chair of the Drug Enforcement Committee, said in a statement. "These are not isolated incidents. These are happening in every state and every county in America, leaving behind grieving families."

Milstead added how fentanyl poisonings are "part of a strategic maneuver by the cartels and it must be stopped."

The DEA said it has been working diligently to trace mass-overdose events back to local drug trafficking organizations and international cartels responsible for the surging domestic supply of fentanyl.

Nationwide, the DEA has seized almost 2,000 pounds of fentanyl and one million fake pills just in the first three months of 2022.

"Last year, DEA agents seized more than 15,000 pounds of fentanyl—four times the amount seized in 2017—which is enough to kill every American," the agency said.

Kelly Hayes contributed to this report. This story was reported from Los Angeles.