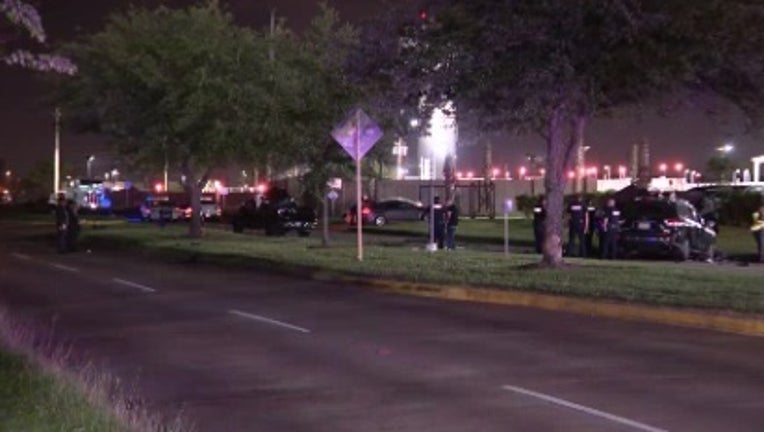 HARRIS COUNTY, Texas - One person is dead, and six others were injured following an evening pursuit in West Harris County on Friday.

Authorities said units with the Harris County Sheriff's Office initiated a traffic stop on a vehicle that was carrying three juveniles around 5:45 p.m. on the 4900 block of Greenhouse.

That's when, authorities said the male driver, who is possibly a 16-year-old, fled from authorities.

Following that crash, the suspect's vehicle crashed into a second vehicle that had four people inside. Two people in that vehicle were taken to the hospital, the other two people were uninjured.

Authorities said a third vehicle was also struck. However, no one was injured in that vehicle.