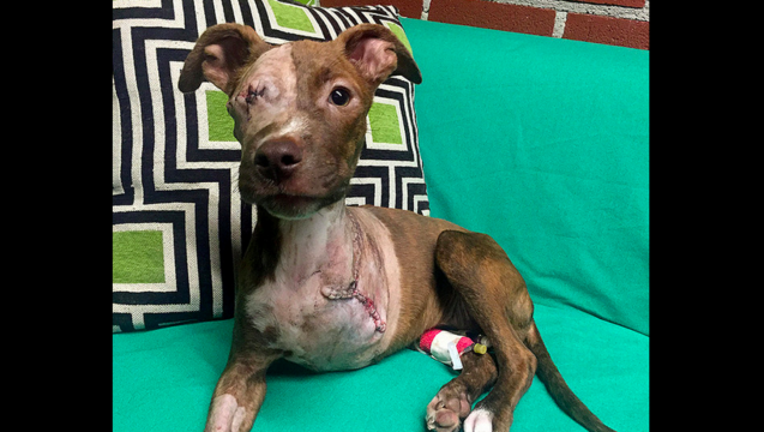 CALIFORNIA - Hope for Paws animal rescue has become somewhat known for its viral rescue videos but one puppy has started to become known even before her YouTube video is uploaded.

Kayla was rescued from Tijuana, Mexico, by Hope for Paws’ Eldad Hagar when someone cut off her leg and gouged out her eye, leaving her for dead.

Hagar brought Kayla back to California, where she was treated for her injuries, including a deadly tick disease.

Hagar has been documenting Kayla’s recovery on Facebook and Flickr, and a new video, detailing her rescue, is on its way.