Buckingham Palace said on Thursday that Prince Andrew’s military affiliations and royal patronages have been returned to Queen Elizabeth II with her "approval and agreement."

Prince Andrew’s military affiliations and royal patronages are being returned to Queen Elizabeth II at her behest in the wake of his ongoing legal battle with Jeffrey Epstein accuser Virginia Roberts Giuffre.

On Thursday, Buckingham Palace confirmed in a statement sent to Fox News that the reigning monarch, 95, agreed to accept the returned accolades.

"With The Queen's approval and agreement, The Duke of York’s military affiliations and Royal patronages have been returned to The Queen," the statement read. "The Duke of York will continue not to undertake any public duties and is defending this case as a private citizen."

One royal source also claimed that the Duke of York will no longer use "His Royal Highness" or HRH in any official capacity. 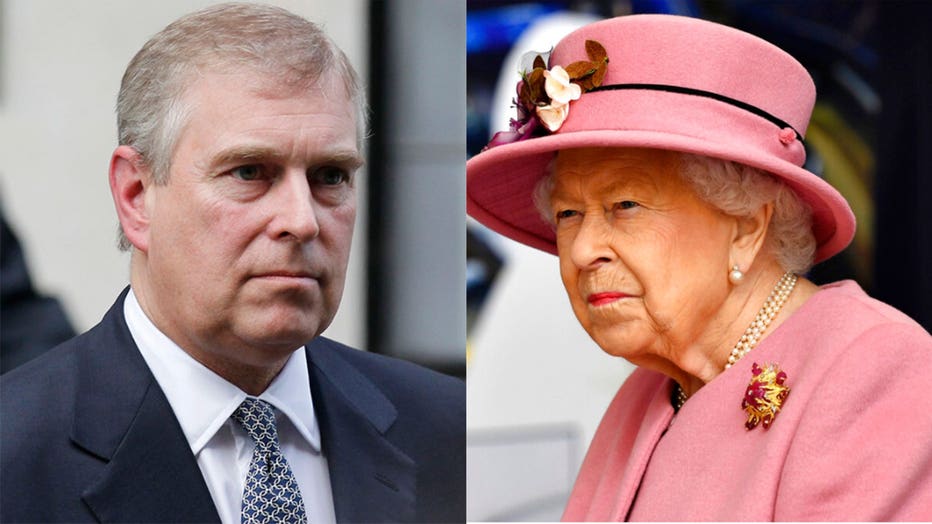 On Wednesday, a judge refused to dismiss a lawsuit against the British prince by the American woman who said he sexually abused her when she was 17.

U.S. District Judge Lewis A. Kaplan rejected an argument by Andrew’s attorneys that Giuffre’s lawsuit should be thrown out at an early stage because of an old legal settlement she had with Epstein, the late American financier she claimed set up sexual encounters with the royal, 61. Kaplan said the $500,000 settlement between Epstein and Giuffre didn’t involve the prince and didn’t bar a suit against him now. 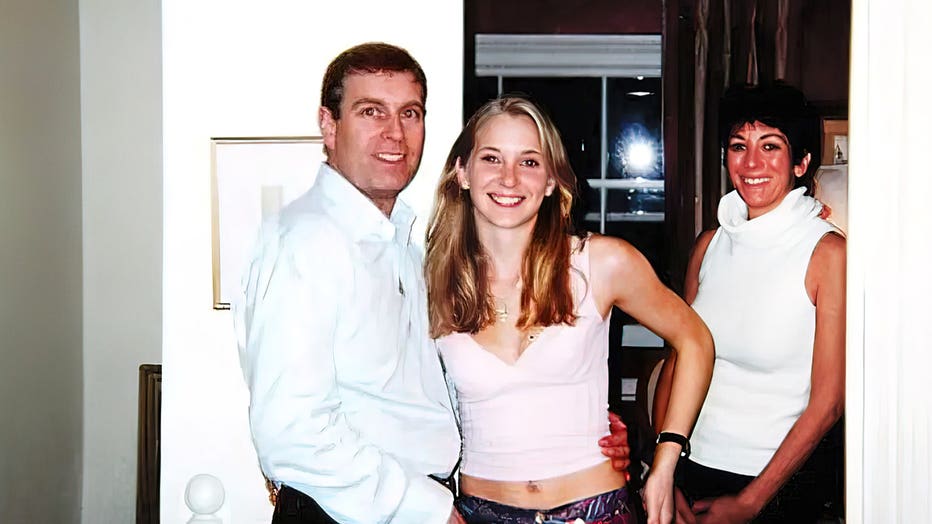 Photo from 2001 that was included in court files shows Prince Andrew with his arm around the waist of 17-year-old Virginia Giuffre who says Jeffrey Epstein paid her to have sex with the prince. Andrew has denied the charges. In the background is Epst

The queen's second son previously quit public duties in November 2019, but he was still listed on the royal family’s website as a patron or member of around 100 charities and organizations.

Giuffre sued Andrew in August, alleging she was coerced into sexual encounters with him in 2001 by Epstein and his longtime companion, Ghislaine Maxwell. Giuffre said she was sexually abused by Andrew at Maxwell’s London home, at Epstein’s New York mansion and his estate in the U.S. Virgin Islands.

Andrew’s lawyers had said the lawsuit lacked specificity and was disqualified by the deal she reached in 2009 with lawyers for Epstein. They also attacked Giuffre’s credibility and motives, saying in October that the lawsuit was aimed at achieving "another payday at his expense and at the expense of those closest to him." Kaplan said Giuffre’s complaint is neither "unintelligible" nor "vague" nor "ambiguous."

Kaplan noted that he was required by law, at this stage of the litigation, to assume Giuffre’s allegations are true, though the prince’s lawyers could cast doubt on the truth of the claims at trial. The judge has said a trial would not occur until late this year, at the earliest. Depositions of the prince and Giuffre would take place before then. 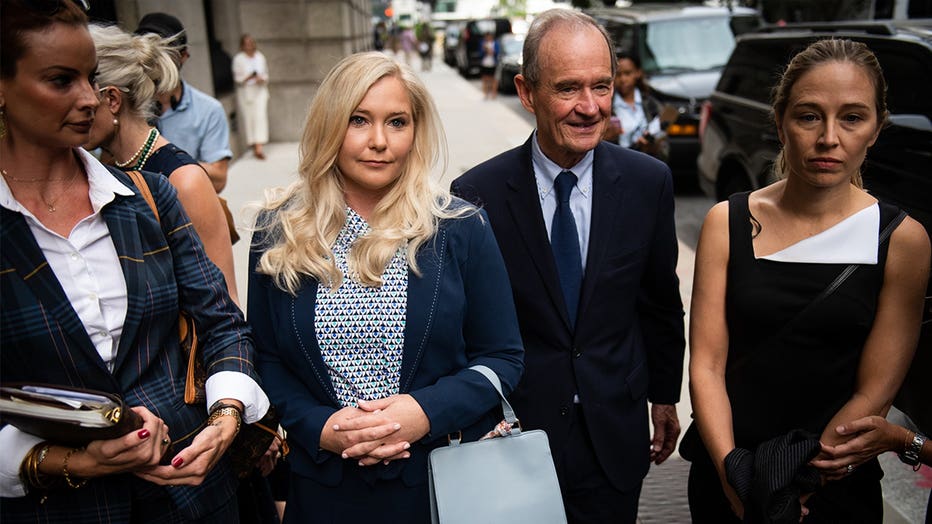 Andrew has long denied Giuffre’s allegations. In late 2019, Prince Andrew told BBC Newsnight that sex with Giuffre "didn’t happen" and he has "no recollection" of ever meeting her. His statements led critics to say he seemed insensitive to Epstein’s victims. After the nuclear interview, Andrew stepped back from public duties.

Sigrid McCawley, an attorney for Giuffre, said in a statement that Kaplan’s ruling "is another important step in Virginia’s heroic and determined pursuit of justice as a survivor of sex trafficking."

While Andrew denies the allegations, Buckingham Palace will want him to settle the case so the queen can move on without more sordid headlines that weaken the monarchy and taint every member of the royal family, said Mark Stephens, a specialist in international law at Howard Kennedy in London.

Stephens said Wednesday’s ruling means the process of delaying every technical point open to them as a matter of law has effectively played itself out. Even though Andrew is likely to appeal, the case will move forward, and he will face the embarrassment of having to testify about his alleged activities with a 17-year-old.

"The practical realities of this position have stuck a noose around Prince Andrew’s neck," Stephens said. "He’s got to settle. He’s got to get out. Or he’s a dead man walking."

Giuffre’s settlement with Epstein was reached a decade before the 66-year-old financier killed himself at a Manhattan federal lockup as he awaited a sex trafficking trial in 2019. Epstein’s death came more than two years before his former girlfriend, Maxwell, 60, was convicted of sex trafficking and conspiracy charges in Manhattan federal court. Giuffre’s allegations against Andrew were not part of the criminal cases against Epstein or Maxwell.

Giuffre asserted that she met Andrew while she traveled frequently with Epstein between 2000 and 2002 when her lawyers maintain she was "on call for Epstein for sexual purposes" and was "lent out to other powerful men," including Andrew. Her lawsuit said she still suffers significant emotional and psychological distress and harm.

Andrew was married to Sarah Ferguson from 1986 until 1996. They share two daughters: Princess Beatrice and Princess Eugenie.