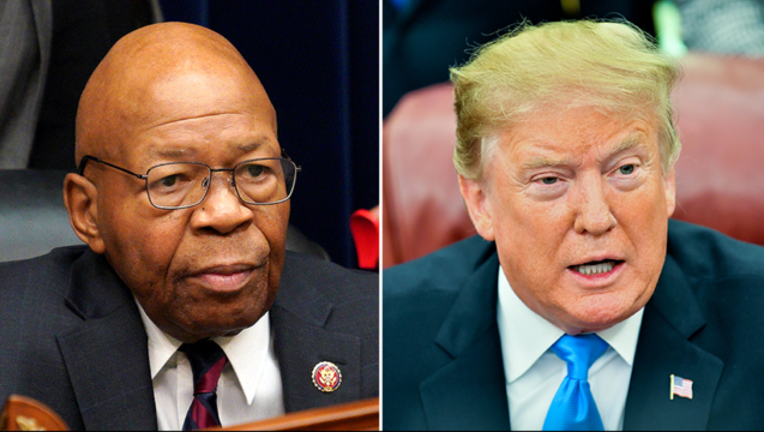 President Donald Trump says he was not intending to send a "wise guy tweet" when he chimed in Friday on the attempted robbery at the house of Democratic Rep. Elijah Cummings.

The president had tweeted: "Really bad news! The Baltimore house of Elijah Cummings was robbed. Too bad!"

Trump tells reporters he was just repeating what he had heard on the news.

Some people didn't take it that way. Former United Nations Ambassador Nikki Haley tweeted, "This is so unnecessary."

The break-in came hours before Trump launched a Twitter tirade against Cummings, calling his majority-black district a "disgusting, rat and rodent infested mess."

Rep. Elijah Cummings says he scared off an intruder at his Baltimore home last weekend, providing details for the first time after President Donald Trump tweeted about the break-in.

In a statement Friday, the Maryland Democrat says someone "attempted to gain entry into my residence at approximately 3:40 a.m. on Saturday, July 27."

Cummings says "I was notified of the intrusion by my security system, and I scared the intruder away by yelling before the person gained entry into the residential portion of the house.,"