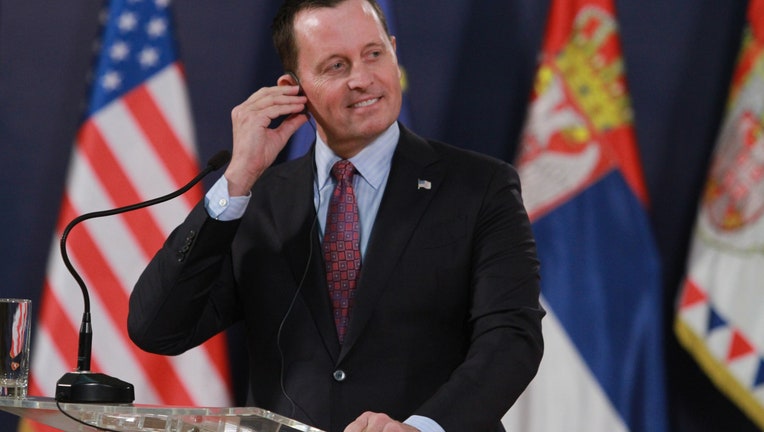 U.S. envoy for the Kosovo-Serbia dialogue, Richard Grenell, is shown in a file photo. (Photo by Milos Miskov/Anadolu Agency via Getty Images)

That’s according to two administration officials with knowledge of the matter. The officials spoke on condition of anonymity Wednesday to discuss personnel decisions.

Grenell, a loyal and outspoken Trump supporter, has been U.S. ambassador to Germany since 2018. He previously served as U.S. spokesman at the United Nations in the George W. Bush administration.