Firefighters were battling a fire overnight at a power plant in Fort Bend County.

The fire was reported at the WA Parish Generating Station in the 2500 block of Y.U. Jones Road around 11:40 p.m.

According to an NRG spokesman, a coal-fueled unit caught fire, and the unit automatically shut down. 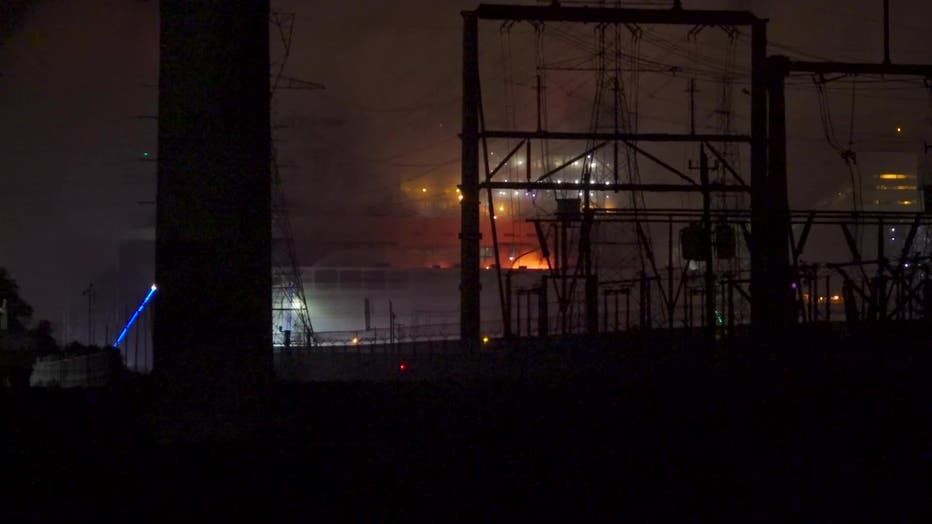 A fire was reported at a power plant on Y.U. Jones Road.

"There were nearly two dozen emergency crews from surrounding counties who responded and assisted our Fire Marshall and Hazmat crew with this fire. It has definitely been a team effort with our most pressing concern, of course, being for the safety of any employees and our first responders," Fort Bend County Judge KP George says.

The NRG spokesman said Monday morning that the fire was mostly out and crews were making sure nothing flared up again.

"Most importantly, everything is secured. There is no danger to the community. No danger to the environment," NRG spokesman David Knox said. "We have made sure all of our employees are accounted for. All of them are safe, no injuries, and we've had just the most tremendous positive response from local fire departments to help us with getting the fire under control and out."

The fire occurred at a steam power plant. The spokesman said the coal is used to heat the water to make the steam.

"We're going to be releasing the safeties, which is basically just opening up a vent to allow the steam to escape the plant, and it makes a lot of noise. So if you hear something like that, it can sound like there's something bad happening. No, it's exactly what's supposed to happen as part of securing the plant," Knox said.

Officials say a team will go in later to determine what caused the fire and assess the condition of the equipment.

"We have a number of plants around Houston, and we will be doing what we can to make sure that all of those plants are available to make up for any lost power from the Parish plant," Knox said.