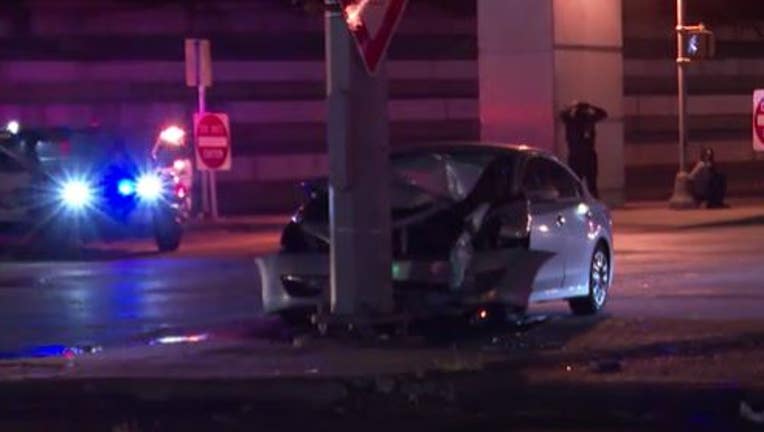 HOUSTON - Authorities say a possible drunk driver has been arrested and his wife has been killed after he hit a pole in north Houston overnight Sunday.

It happened around 12:30 a.m. at Greens Rd and the southbound feeder of I-45. That's where officials say they were called out for a car that crashed into a pole. 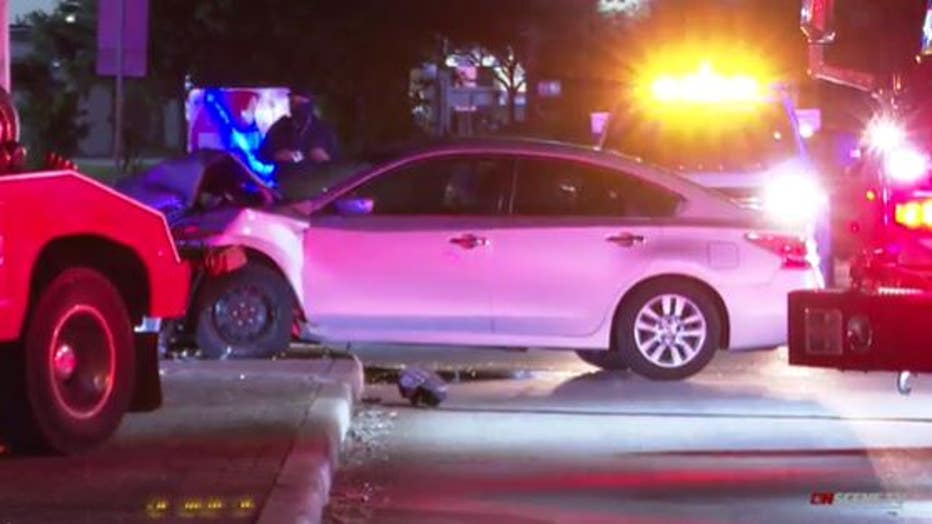 A man driving the vehicle and a woman, later identified as his wife, were stuck in the car for a short period of time, investigators said. The man suffered minor injuries, but his wife received severe injuries and was rushed to the hospital but later succumbed to her injuries.

Houston police arrested the driver under suspicion of a DWI. None of the individuals involved have been identified, as of this writing. 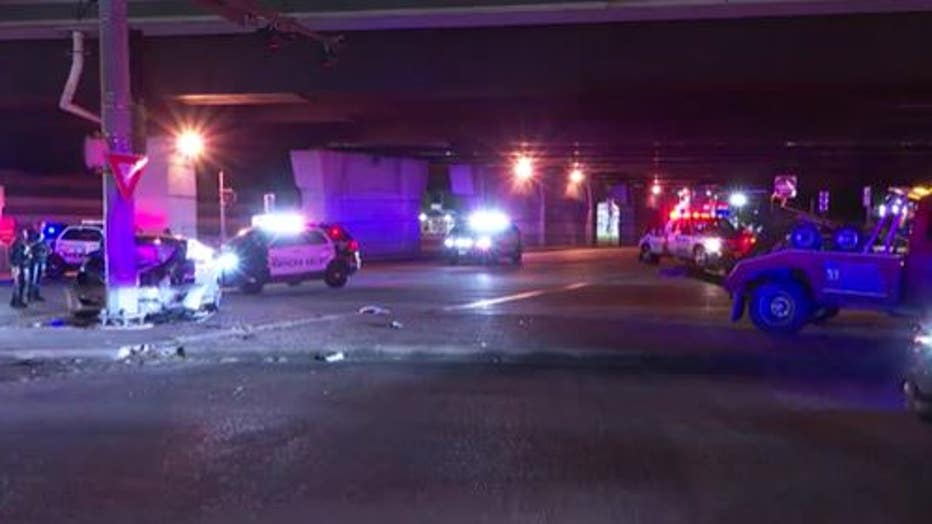