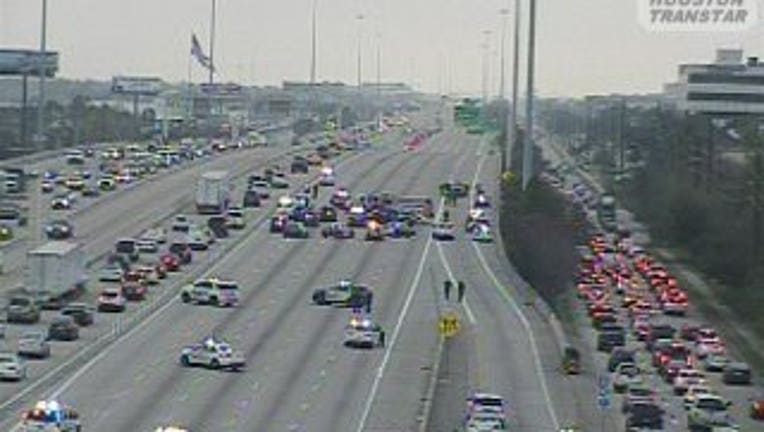 HOUSTON - UPDATE: Interstate 10 westbound near Katy has been reopened following a crash involving a police officer.

Traffic is being diverted following a major crash on Interstate 10 westbound at State Highway 6.

According to the Texas Department of Transportation Houston District, all main lanes westbound have been blocked.

Traffic is backing up from just after Beltway 8.

The Houston Police Department says the crash involved a HPD Solo officer, who suffered minor injuries, after laying his bike down.

No other details have been provided.

Drivers are urged to avoid the area due to heavy traffic congestion.