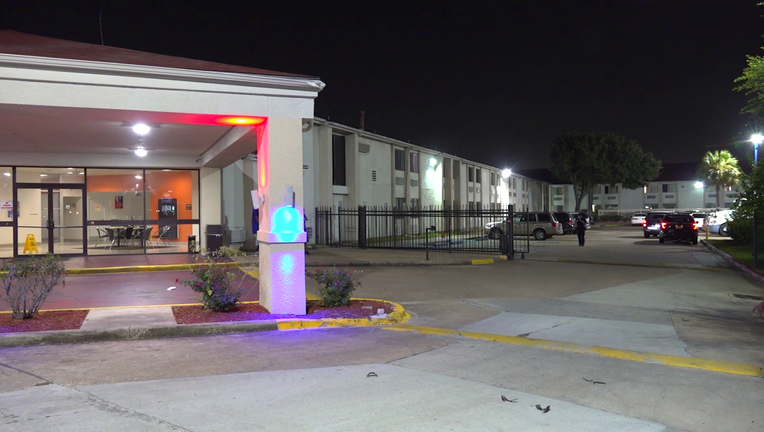 Houston police investigate a shooting in the parking lot of a motel on Airport Blvd.

HOUSTON - Police say a man was shot several times after an argument began during a party at a motel in Houston.

The shooting occurred in the parking lot of a motel in the 9000 block of Airport Blvd around 10 p.m. Sunday.

Police say there was a large party in a motel room, and some individuals got into an argument that turned physical.

In the parking lot, police say a suspect took out a pistol and shot the victim several times.

The young man was taken to the hospital and is expected to survive.

Police say the suspect fled the scene in a black pickup truck.