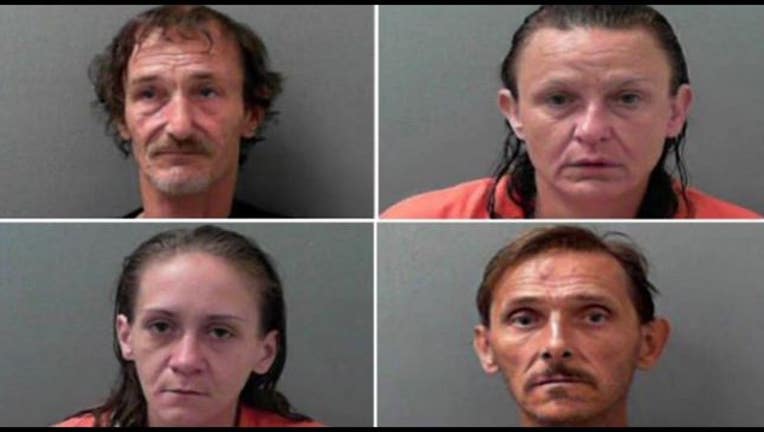 HUNTINGTON, W.Va. (AP) — West Virginia state police say a baby was soaked in urine in the back seat of a parked vehicle where four adults allegedly were using heroin.

The Herald-Dispatch (http://bit.ly/1NXejlb) says the adults were arrested Friday along U.S. 60 in Huntington, about 52 miles west of Charleston.

Trooper J.A. Roach says troopers saw a 1-year-old boy in the back seat. Roach says the baby's urine formed a puddle in his car seat.

This story has been corrected to reflect that Huntington is 52 miles west of Charleston, not east.

Information from: The Herald-Dispatch, http://www.herald-dispatch.com