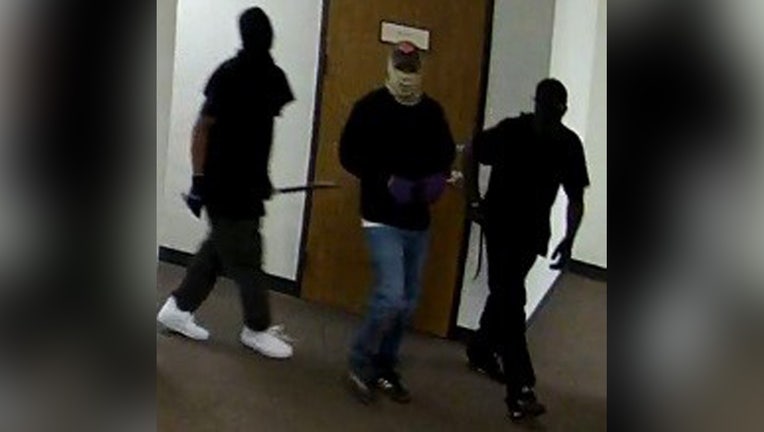 Three suspects are wanted for a burglary at a Houston business.

HOUSTON - Authorities are searching for a group of suspects who reportedly stole more than $10,000 in hair products from a business in west Houston.

According to Crime Stoppers, on August 13, three unknown suspects entered the business on Westheimer Road near Gray Falls Drive through a side door.

Authorities say they stole more than $10,000 in hair products and then fled in an unknown direction. Images of the suspects were captured on video surveillance.