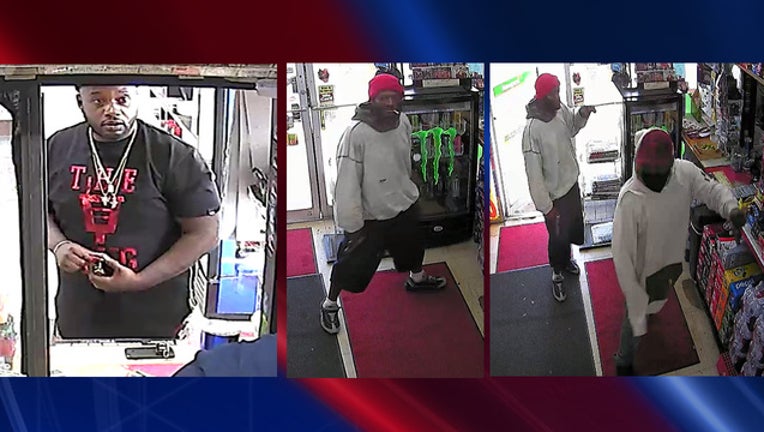 Police say the two men entered the store in the 2900 block of Market Street around 10:55 a.m. According to investigators, both men were armed with handguns, and one man stood watch by the door while the other jumped behind the counter. Police say it appears the clerk fought back during the robbery and both suspects shot at the clerk, striking him multiple times.

The clerk was transported to a Houston area hospital and was last reported in stable condition.

Investigators believe a third man with the suspects entered the store before the two suspects, possibly to case the store, then left after making a purchase.