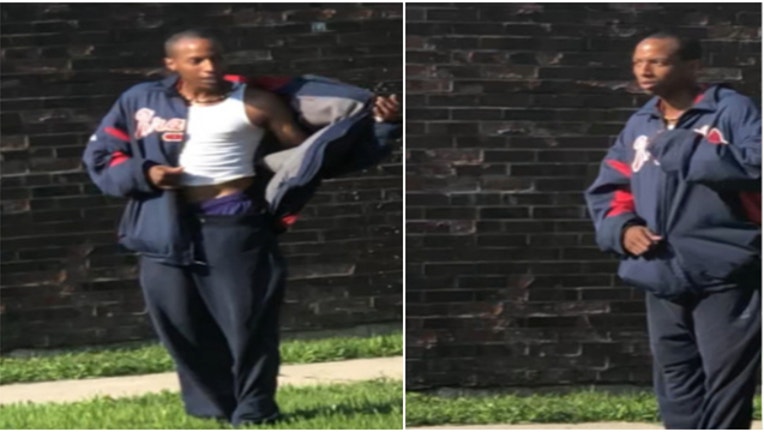 Cellphone photos of the man who exposed himself to a woman last month at a Bronzeville bus stop. | Chicago Police

CHICAGO (SUN TIMES MEDIA WIRE) - Police are searching for a man who exposed himself to a woman last month at a bus stop in the South Side Bronzeville neighborhood.

About 8:30 a.m. June 30, the woman was at the bust stop in the 4900 block of South Cottage Grove when the man exposed himself to her, according to an alert from Chicago Police.

He is described as a 5-foot-8, 140-pound black man, thought to be between the ages of 30 and 40, with brown eyes, a black fade hairstyle, a medium brown complexion and tattoos on his left arm, police said. He was seen wearing navy blue sweatpants, a white sleeveless shirt and a navy blue Atlanta Braves jacket with red lettering.

Anyone with information about the incident should call Area Central detectives at (312) 747-8380.