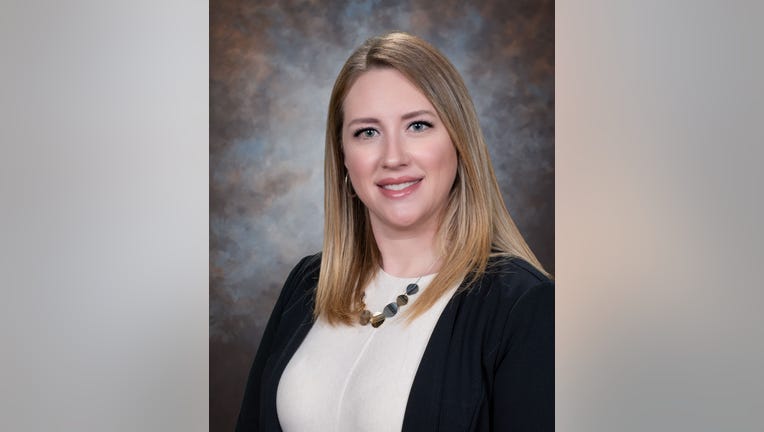 LEAGUE CITY, Texas - Police say a man died from an apparent self-inflicted gunshot wound after witnesses saw him fatally shoot his wife in the front yard of a League City home.

Officers with the League City Police Department responded to the 400 block of Westwood Drive around 10 p.m. Wednesday.

When officers arrived, they found a woman dead in the front yard of the home. Police identified her as 35-year-old Erica Rene Allen.

According to police, witnesses reported seeing her husband, 40-year-old Nicholas Allen, shoot her and then go back into his home.

Officers were unable to establish contact with the husband and secured the home until the tactical team arrived.

Around 1:33 a.m., the tactical team made entry into the home. Police say they located two children, ages 7 and 2, unharmed.

Police say the husband was found dead with an apparent self-inflicted gunshot wound.

According to police, the call was initially reported as a home invasion, which they believe was not true. Police believe the incident actually stemmed from a domestic problem.

The scene remains under investigation.

Officials say Erica Allen was a principal at Heights Elementary in Texas City. The school is notifying parents today and will allow them to tell their children the way they best see fit. Counselors will be on campus tomorrow.

In a statement, Texas City ISD said, "Mrs. Allen was a caring educator and excellent instructional leader who worked for Texas City ISD for 8 years. She was a math teacher early on in her career then we hired her as an assistant principal in 2013. She has been the principal at Heights for the past three years."

Spring ISD officials confirmed in a statement that Nicolas Allen was employed with their district.

"Our entire Spring ISD community is devastated and shocked to hear about the passing of Nicholas Allen, who had served as an assistant principal at Wells Middle School since joining the district in July 2020.

Our thoughts are with the couple’s children and extended family as they face overwhelming grief and sorrow in the days ahead. We have counselors available to support any students or staff in need as they cope with this tragic loss."