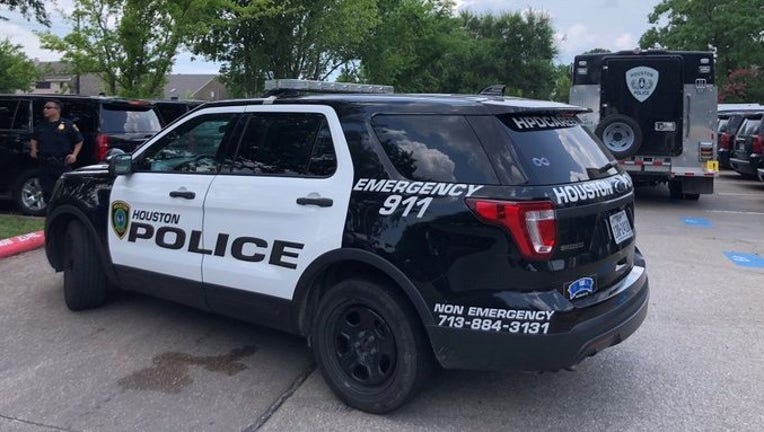 HOUSTON - A suspect remains on the run after being barricaded in a west Houston apartment on Monday, authorities said.

According to Commander Megan Howard, Houston westside patrol received a call about a robbery in progress in the 13800 block of Westhollow Park Drive around 11 a.m.

Howard said a woman, who had previously been assaulted by an intimate partner last week, believed the suspect had returned to her home and was inside.

Officers responded to the location and later learned that the suspect, who was not identified, was known to carry a firearm. There was a belief he could have been inside the apartment.

The Houston Police Department SWAT Team was called out to the scene to assist due to the suspect’s history regarding carrying a firearm and previously hiding in an attic space.

Howard said the District Attorney’s Office accepted the charge for the suspect after she was assaulted and strangled last week.

Authorities said negotiators made contact with the suspect on several different occasions during the incident.

Howard said the suspect made threats of shooting at SWAT officers.

After a significant amount of time, Howard said SWAT officers cleared the apartment and searched the attic.

Howard said the suspect was not located and remains on the run.