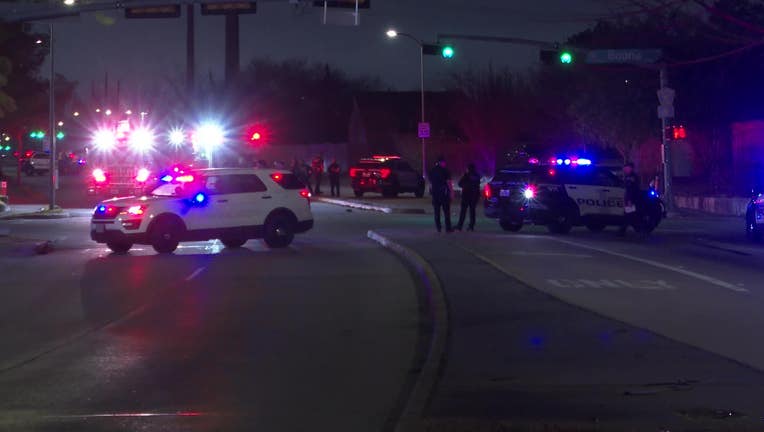 Houston police investigate a deadly crash at the intersection of Harwin and Boone.

HOUSTON - Police say a driver who fatally struck a pedestrian in a southwest Houston intersection left the scene without rendering aid.

The deadly crash occurred around 11:25 p.m. Tuesday at the intersection of Harwin Drive and Boone Road.

Police say the driver was traveling through the intersection and struck a pedestrian. It is unclear at this time if the pedestrian was in the crosswalk.

"Unsure if he was in the crosswalk. He may have been near the crosswalk. However, the driver was going through an intersection on a yellow light, so the driver did have the of right away, but they didn't stop and render aid," said HPD Vehicular Crimes Division Sgt. D. Griffiths.

A witness described the vehicle as a dark-colored Tahoe or Suburban. There is no description of the driver.

The identity of the pedestrian has not been released, but police say he is believed to be from the area.

Anyone with information about the deadly crash is asked to call the HPD Vehicular Crimes Division.