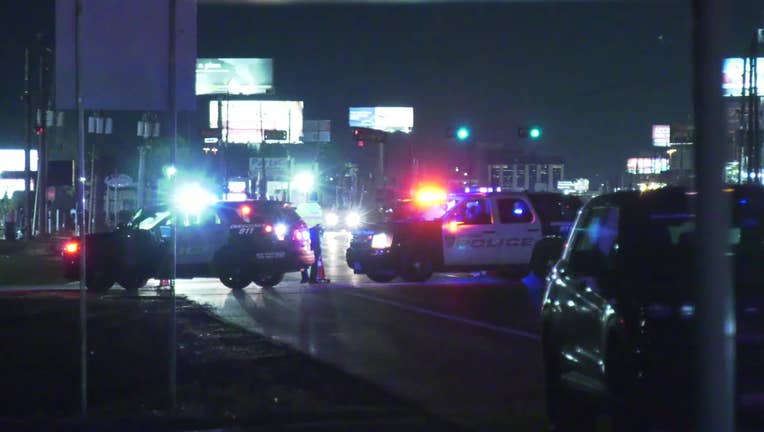 HOUSTON - Police were investigating a deadly crash in west Houston on Wednesday night when someone drove through the scene, striking a patrol car and almost hitting officers, authorities say.

The crashes occurred in the 22400 block of S Highway 6 near Piping Rock Lane.

The incident began around 8:45 p.m. when a car and motorcycle crashed. According to police, the driver of the car told authorities that he was pulling out of a private driveway, waited for traffic to clear and then proceeded into the street.

Police say a motorcycle was traveling southbound on Highway 6 and ended up striking the car. The motorcyclist died at the hospital.

According to HPD, the driver of the car remained at the scene, showed no signs of intoxication and consented to a blood draw.

The investigation into that crash is still ongoing, and no charges have been filed at this time.

While officers were investigating that crash, another vehicle – believed to be a red Jeep Renegade – drove through the scene, police say.

Investigators say the Renegade almost hit officers, who were able to get out of the way, but did strike a police vehicle before fleeing the scene.

Police are still searching for the vehicle, which is believed to have damage to the front left side.

Anyone with information is asked to call the HPD non-emergency number of the Vehicular Crimes Division.