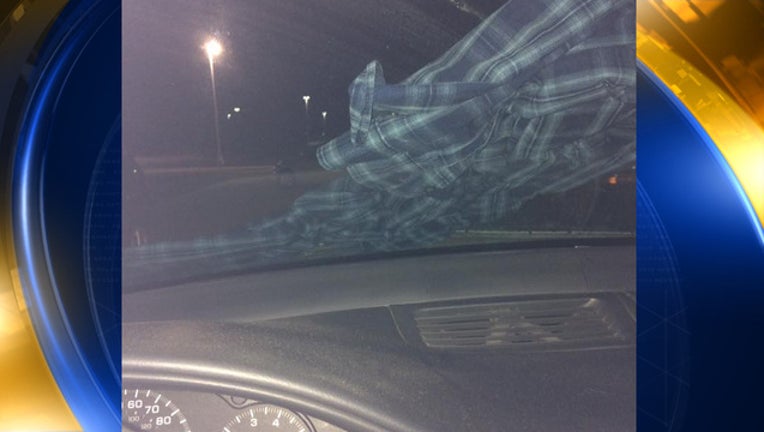 FLINT, Mich. (WJBK) - Police in Flint, Mich. have determined there was no criminal intent behind a flannel shirt that was found on a female teen's windshield in a parking lot.

Ashley Hardacre was working at the Genesee Valley Mall earlier this month when found a flannel shirt stuck to her wipers after her closing shift. She had seen posts on social media, warning females not to get distracted by things such as paper or jewelry that may be mysteriously tucked under their window blades. Many of the posts on social media warn it is tactic of human traffickers to distract and kidnap you.

Police reviewed surveillance tape from the mall and got in touch with two males who were seen leaving the shirt on Hardacre's car.

Police say they spoke with the men, who said it was just meant as a harmless prank and they had no idea that leaving items on women's windshields could be a human trafficking ploy. Police in Flint tell us they believe their story, and are not naming the men since no crime was committed.

Police say the men were gone from the parking lot more than an hour before Hardacre left work and got to her car.

Hardacre posted a picture of the shirt to her Facebook page to warn others. Her post was shared more than 100,000 times. People in states all over the country tagged loved ones warning them to be cautious of objects on their windshields.

Hardacre said in her post that she drove to a safe spot before she rolled down the window and removed the shirt.