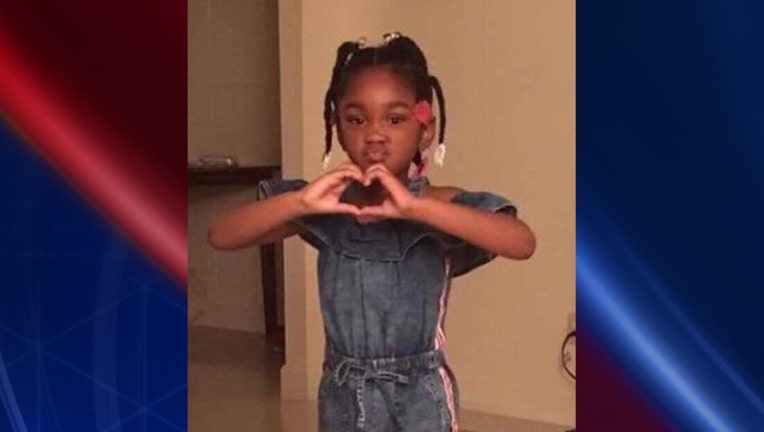 SUMTER, S.C. (FOX 26) - Police say they now think a missing 5-year-old girl in South Carolina was killed the same time as her mother.

The Sumter Police Department says the search for Nevaeh Lashy Adams has shifted to a recovery effort based on information provided by the suspect.

McGirt says 28-year-old Daunte Maurice Johnson was arrested after he was seen running away from 29-year-old Sharee Bradley's home. Jail records show Johnson has been charged with murder.

According to the Sumter Police Department, Johnson told investigators that he killed Bradley, with whom he was acquainted, and her daughter. Investigators say he also provided information that could help police find her.

"Finding this little girl is first and foremost and we have and will continue to use every resource available to make that happen," Chief Russell Roark said. "Our prayers are with the family and we will continue to assist them throughout this tragic ordeal."

Police say a preliminary investigation by the Sumter County Coroner's Office determined Bradley had been dead for several hours when she was found. They believe, based on the investigation, that Nevaeh was killed in the same time frame as her mother.

An autopsy is being conducted to determine how Bradley died.

Police say several agencies are searching for the girl, and they will continue until she is found.

FOX 26 reported this story from Houston. The Associated Press contributed to this report.