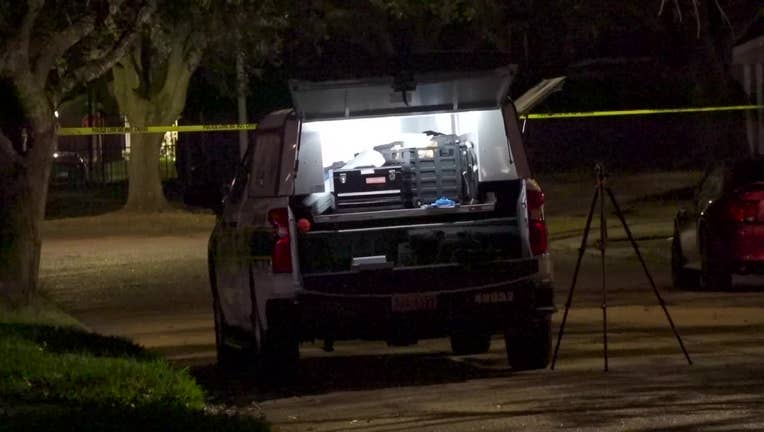 The Houston Police Department investigates a deadly shooting in the 6200 block of Rollingbrook Drive.

HOUSTON - Police say a father fatally shot his adult son during an altercation in southwest Houston.

Officers responded to a shooting in the 6200 block of Rollingbrook Drive around 12:36 a.m. Tuesday.

When they arrived, they found a man who had been shot multiple times. He was pronounced dead at the scene.

According to police, the man, in his 20s, had been involved in an altercation with his father.

"There was an argument. There was some kind of a fight. And that's when the father, which is the suspect, took out a weapon and shot his son multiple times," said Lt. Pavel with the Houston Police Department. "We're still trying to gather as much information to see what exactly occurred, if it was self-defense."

Police say the father is in custody and a weapon was recovered.