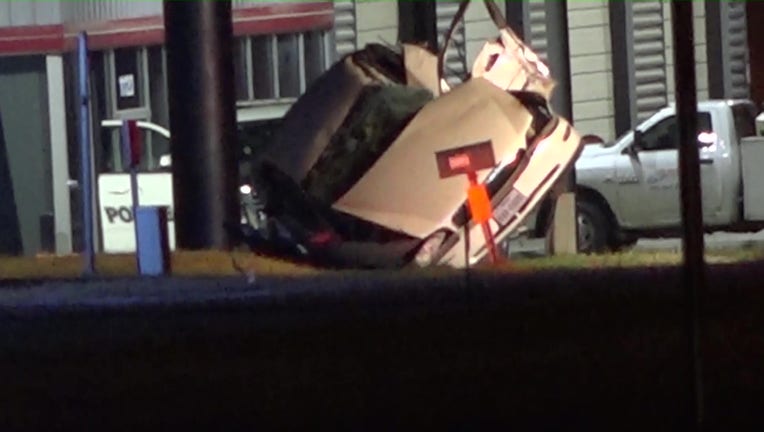 CONROE, Texas - Authorities say a chase in Conroe Friday evening with a classic vehicle ended with the driver killed after his car was crushed.

It happened around 6:30 p.m. when the Conroe Police Department says it tried to stop a Buick Skylark at North Frazier and Hickerson for having an expired registration. The driver, however, kept on speeding and a chase ensued.

At some point, officials say the driver of the Skylark reached speeds of about 105 miles per hour as they kept going north on Frazier.

Police say they were able to block cross traffic as the driver ran through the FM 3083 intersection and ran a red light at FM 830 while continuing north.

Suddenly, authorities say the driver tried to go around another car while heading northbound, and lost control before crashing into a Southern Tire sign, which was about 3-feet in diameter.

The Skylark was crushed, and the driver had to be extricated. Despite lifesaving attempts by Conroe firefighters, the unidentified driver succumbed to their injuries.

MORE STORIES OUT OF CONROE

Officials had the roadway closed for several hours while crews worked to investigate and clean up the scene.