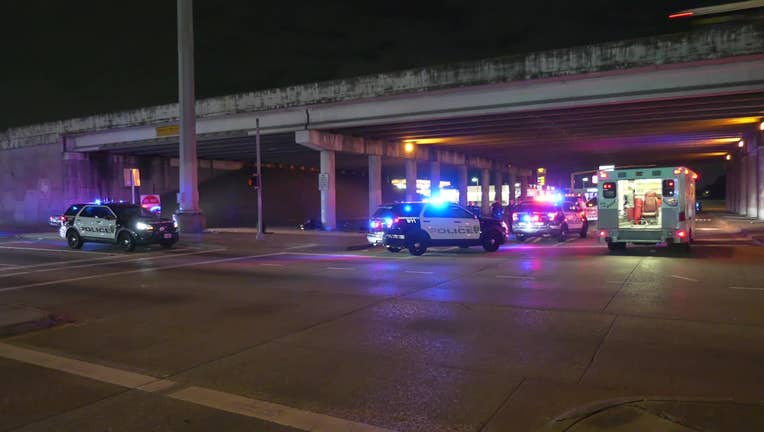 Police and an ambulance on the scene of a motorcycle crash along the North Freeway.

Around 1 a.m., officers were reportedly attempting to stop a motorcycle that was traveling at high rate of speed on the North Freeway, and a short pursuit began.

The pursuit went northbound on the North Freeway and then continued onto the service road.

Authorities say the motorcycle failed to maintain lanes at W Mount Houston Road and crashed in the U-turn lane.

The motorcyclist was taken to the hospital in unknown condition.