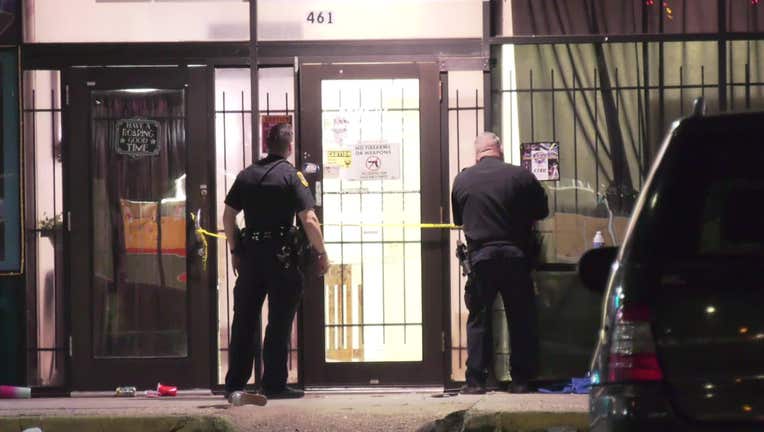 The Houston Police Department investigates a shooting at a banquet hall on W Parker.

HOUSTON - Police say three teens were injured when shots were fired during a party at a banquet hall in north Houston.

Officers responded to a shooting call in the 400 block of W Parker Road around 11:40 p.m. Sunday.

Police say they arrived at a chaotic scene with people running through the parking lot trying to get away from something.

They were both taken to the hospital and are expected to survive.

According to HPD, an 18-year-old man also showed up at the hospital with multiple gunshot wounds. He is also expected to survive.

According to police, the two 16-year-olds were attending a graduation party at the banquet hall when the boy got into an argument with a male suspect. Police say the suspect took out a pistol and fired one shot, striking both 16-year-olds.

The 18-year-old had reportedly just arrived at the party and parked across the street when people began running out of the banquet hall. Police say two people began shooting outside in the parking lot, and the 18-year-old was struck in the wrist and thigh.

The suspects fled the scene after the shooting.