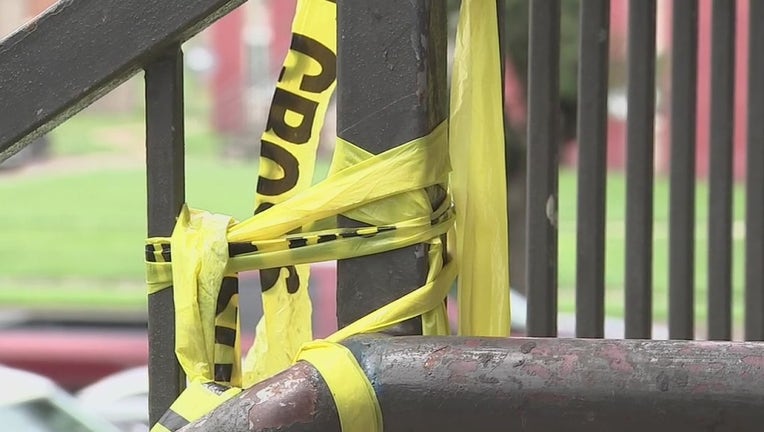 HOUSTON - Police say an apparent argument over race results what led to a shooting in east Houston, where three people were attacked.

According to Assistant HPD Chief Wendy Baimbridge, who gave preliminary information at the scene, investigators got a call for a shooting in the 10000 block of East Tidwell about 3 p.m.

Based on their investigation, Asst. Chief Baimbridge says it all started when two men arguing at a barbershop about who ran faster in a race. One of the victims reportedly walked away from the incident, when he was shot in the shoulder and two innocent bystanders in the barbershop.

Meanwhile, the suspect identified as a man in his 40's who goes by "Trae" or "Tray" then ran off before getting into a black Nissan Frontier.

Officials say they have cell phone video they're relying on as well as surveillance footage from a liquor store nearby but are urging residents if they have information to call Crime Stoppers at 713-222-TIPS.