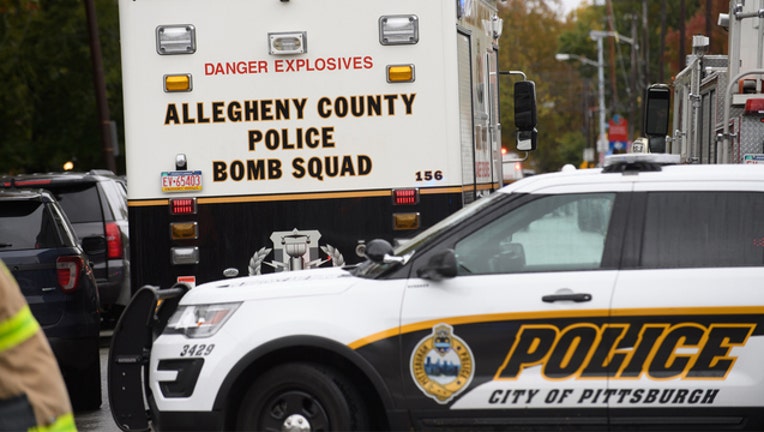 Police rapid response team members respond to the site of a mass shooting at the Tree of Life Synagogue in the Squirrel Hill neighborhood on October 27, 2018 in Pittsburgh, Pennsylvania. (Photo by Jeff Swensen/Getty Images)

WASHINGTON - D.C. officials have announced they are ramping up security at places of worship following a deadly mass shooting at a Pittsburgh synagogue.

The shooting caused "multiple casualties" at a Pittsburgh synagogue on Saturday, during a Sabbath prayer service.

The neighborhood of Squirrel Hill, about 10 minutes from downtown Pittsburgh, is the hub of Pittsburgh's Jewish community.

In a tweet, D.C. police said they will be increasing visibility around our religious institutions in the city.
"The department's Special Liaison Unit will... be reaching out to religious leaders. There is no known credible threat to Washington, DC," said D.C. police chief Peter Newsham.

"An attack on one community is an attack on all of us and on the ideals we stand for and fight for every day," said Bowser.

"In the face of hate, we stand united to love," she went on to say.

D.C. police said they are also sending their condolences to everyone impacted by the tragic events in Pittsburgh.

Pittsburgh Mayor Bill Peduto said all residents of the neighborhood are required to stay inside their homes until further notice.

It was not immediately known how many people had been shot, whether there were any fatalities or what the shooter's motive was.

Three officers were also shot in the attack.