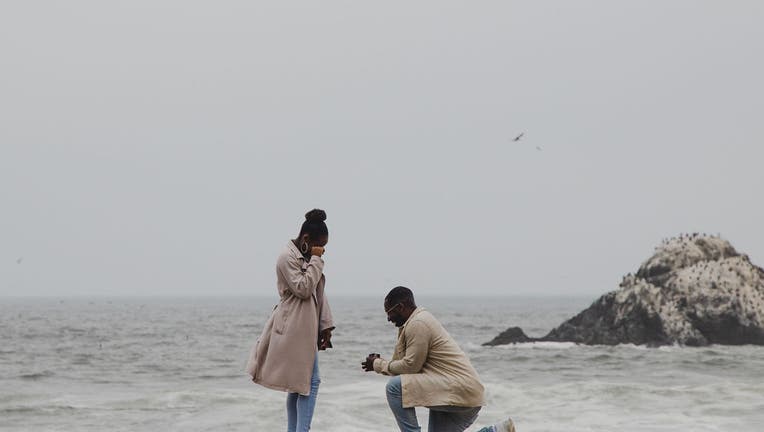 SAN FRANCISCO - Editor's note: A second photographer has come forward with claims that he was hired to capture the marriage proposal at Sutro Baths.

So on Saturday, while visiting San Francisco to see friends, she happened to look up and started clicking away at her camera when she noticed a moment too good not to photograph.

Contreras and her friends had decided to venture out to the Lands End area of the city to visit the historic Sutro Baths.

Hoping to document one of San Francisco’s magnificent ocean sunsets, she had her camera on hand.

That’s when she and her friends noticed a well-dressed couple off in the distance. The man appeared to be nervously checking his pocket. The photographer, whose profession has depended on her well-developed eye for sentimental moments, said that’s when she knew something grand was about to unfold.

"I quickly set up my camera and sure enough the beautiful moment happened."

The man got on one knee and asked his girlfriend to marry him.

The photos captured by Contreras evoke all of the emotion and joy of the tender moment, as the woman was seen bowled over with happiness, holding and hugging her new fiance, before crouching down to his level as she dropped her head, overcome with emotion.

"It was honestly such a genuine and feel-good moment watching the proposal happen," Contreras shared with KTVU.

"They both looked so happy and in love," she added.

The 20-year-old lifestyle photographer said she snapped away for about a minute, using her zoom lens as she and her friends were pretty far away from the happy couple. She didn't attempt to reach the couple.

"I wanted them to enjoy their moment with each other and didn’t want to ruin it," she said, adding that she made a mental note to post the photos on Twitter later with hopes of finding a way to get the images to them.

And the Twitterverse did not disappoint.

On Monday, she posted the photos with the headline, "HELP ME FIND THIS COUPLE!" Then Twitter users did the rest. The retweets came fast and furious.

"... it only took a matter of hours for the viral tweet to reach them," Contreras said, adding, "Ricky and Jazmine were so happy about the secret photos."

After locating the couple, Contreras gave a shout-out to all who helped on Twitter, saying, "You all are… powerful humans... I can’t believe we found them thank you all so much!!!"

The photographer was thrilled to share the images with the couple, and the couple was no doubt overjoyed that they could relive the moment through the pictures.

"They were so happy to find these photos blowing up over the internet," Contreras said. "My favorite part of all of this is being able to capture raw genuine happiness in these images."

And what’s been just as rewarding was the reaction from complete strangers who came upon the touching photos and took part in the collective effort to get the photographs to their subjects.

"My favorite comments have been, ‘This made my day a lot better’ and ‘Proof that there is good in the world,’" the photographer shared. "This is the true meaning behind photography, to freeze downtime, share genuine moments, and tell a story."

The entire event has reinforced her love for the work she does, which she began professionally as a young teenager.

"It’s been a hard journey," Contreras said, "but it’s times like these when it shows me the ‘why’ I really love what I do."

She said it’s also times like these that underscore the general goodness of humankind, revealing that people love to see positive outcomes.

After the social media plea went viral, a second photographer came forward with claims that he was hired to get the exact same shot.

Joseph of iQPhoto said he was hired well in advance to capture the marriage proposal.

He said during the shoot he noticed a woman, just feet away from him, snapping photos of the proposal. Joseph said he paid it no mind because he's used to people taking photos of his shoots.

He said he was shocked to discover that Valerie, who he does not know, asking for help in locating the couple when it was a staged shoot. 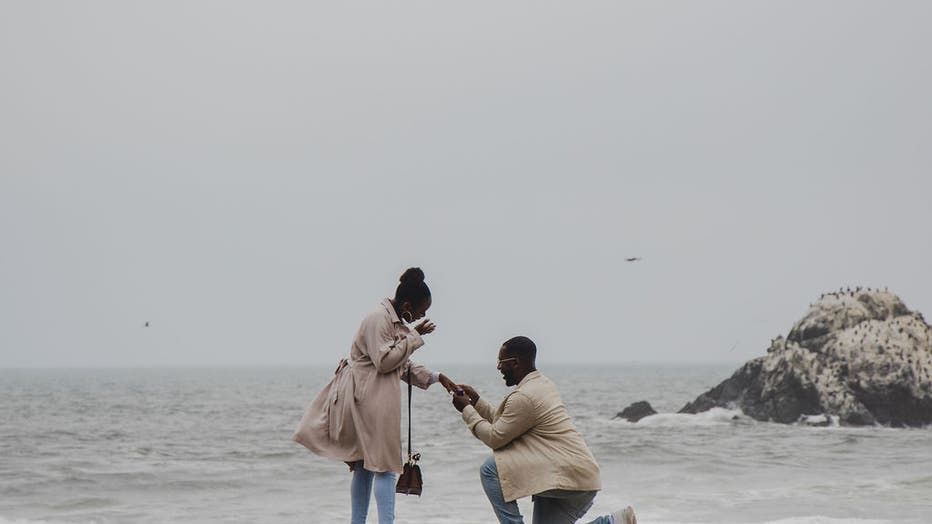 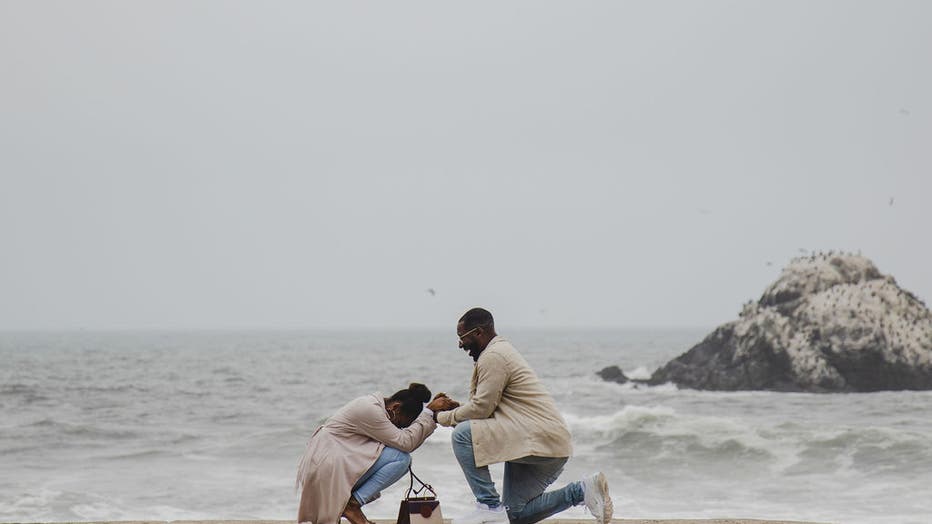 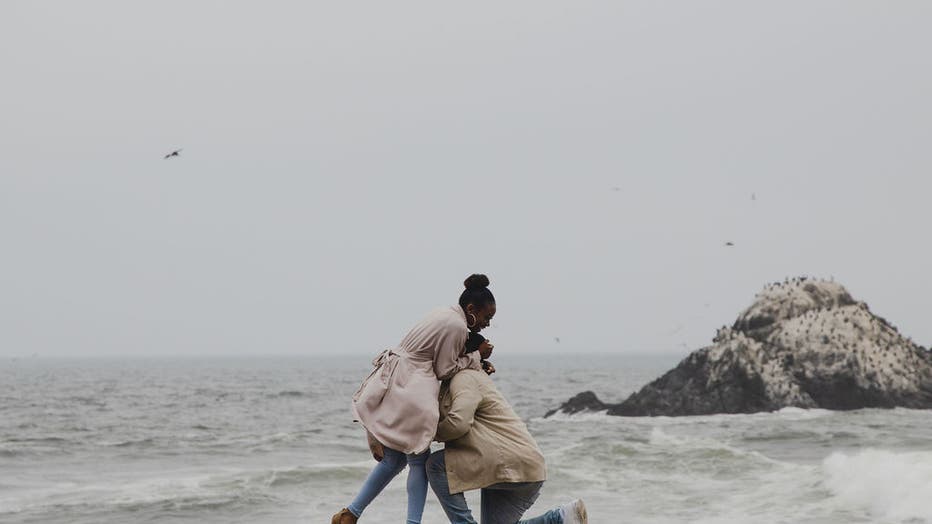 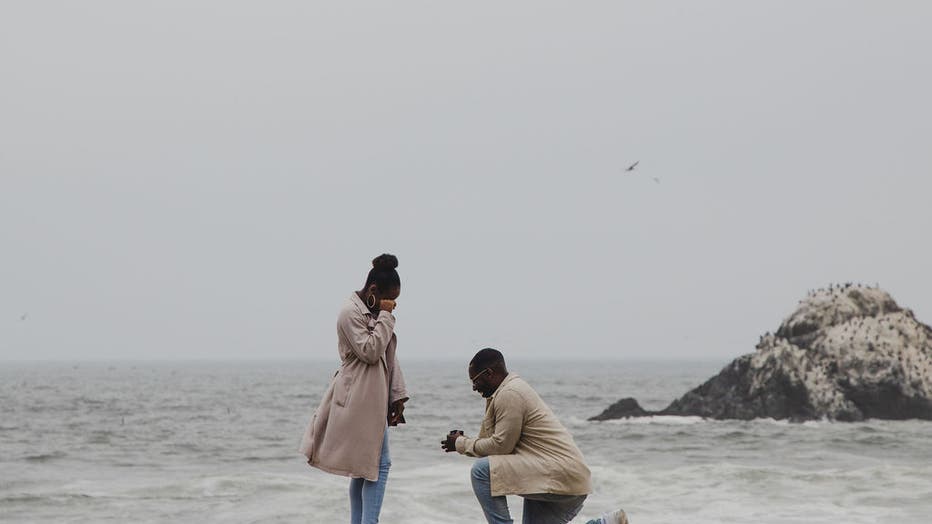