FOX 29's Marcus Espinoza has more on how Philadelphia reacted once the presidential race was called in Pennsylvania, giving Joe Biden more than 270 electoral votes.

PHILADELPHIA - Biden, 77, reportedly surged passed the 270 benchmark on Saturday by winning Pennsylvania's 20 electoral college votes thanks in-part to overwhelming support in Philadelphia. According to FOX News, with 96% of precincts reporting, Biden outscored Trump 81% to 18%.

Trump surged ahead early in the commonwealth and at one point lead the race by more than 600,000 votes. Philadelphia has been credited with unleashing a hail of mail-in ballots that helped overcome Trump's commanding lead.

In a city burgeoning with history, Philadelphia wrote another chapter this week by playing a critical role in the race to the White House. Among the hotly contested swing state, Pennsylvania's largest city quickly became the center of attention.

Reaction from happy voters in Philadelphia and beyond began to pour in around noon Saturday. Most reactions heaped praise upon Philadelphia for leading the charge to unseat President Trump.

Philadelphia Mayor Jim Kenney was quick to thank the city's voters for their patience.

Roots drummer and Philadelphia native Quest Love set the tone most of the city was feeling on Saturday afternoon after days of anxiety in the battleground state.

Outside Independence Hall, crowds that gathered for the Count Every Vote rally were delighted to hear the news of a projected Biden-Harris presidency. 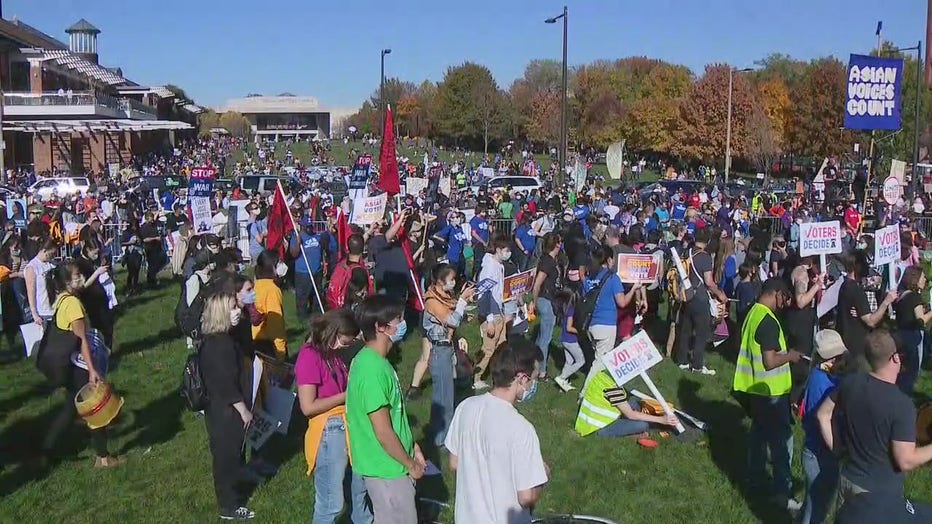 Meanwhile, music from a string band hung above a happy crowd gathered in Rittenhouse Square.

And hundreds marched down Broad Street in a show of support for the election results.