PENSACOLA, Fla. - On the night of the last big game of the year, the Pensacola Catholic High School Crusaders took the field for the Subway High School All-Star game.

The team had its opponent on their minds, focused on this final test of the season, but junior Frank Calderon had one person on his mind - his grandmother. As his team hyped themselves up on the field, Frank walked into the stands to present his grandmother with flowers and give her a hug.

Frank's grandmother is battling cancer. Celebrating the moment with her was his first priority.

A video recorded by another person in the stands shows Frank, No.20, wearing pink kneehigh socks, with his pink gloves hanging from his belt, walking into the stands with a huge bouquet of red, pink, and white flowers.

Frank leans in for a big hug and the two embrace for several seconds before he says "I love you, grandma."

His grandmother, tearful, looks at the bouquet and wipes tears from her eyes.

The Crusaders won the game that night, but Frank's focus on family and love wins the day. 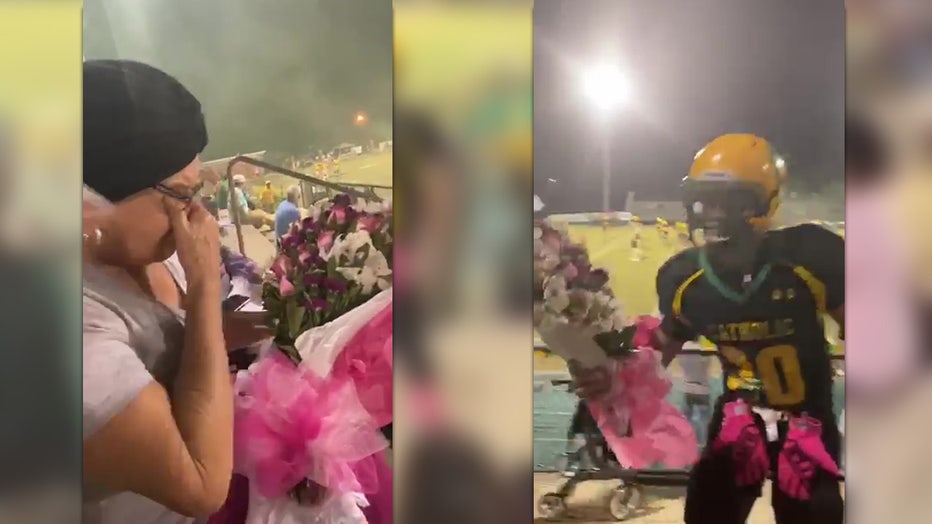