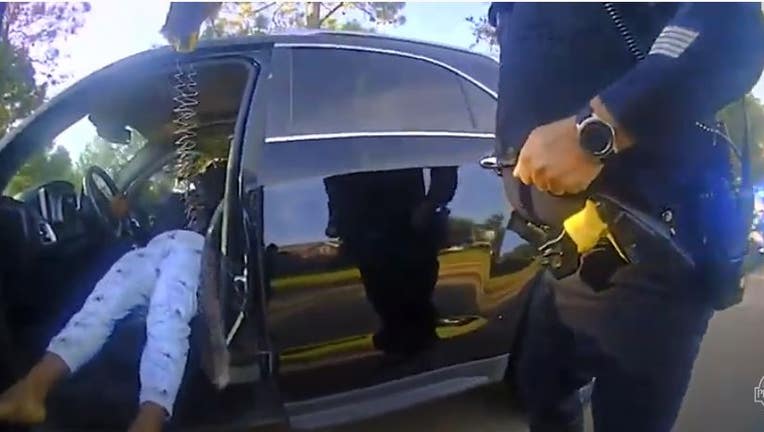 PEARLAND, Texas - The Pearland Police Department has released body-worn camera video following a traffic stop where a driver was tased.

According to a release, on Wednesday morning, a Pearland police officer was working a traffic complaint of speeding vehicles in a school zone in the 2000 block of Kirby Drive.

Police said the officer saw a vehicle traveling 48 miles per hour in a posted 20 mile per hour school zone.

Authorities said the officer stopped the vehicle and was immediately met with an irate driver who stopped shortly to ask why she was being stopped.

That’s when, authorities said, the driver, later identified as Johneisha Lewis, fled the scene as the officer was attempting to inform her of the reason for the stop. 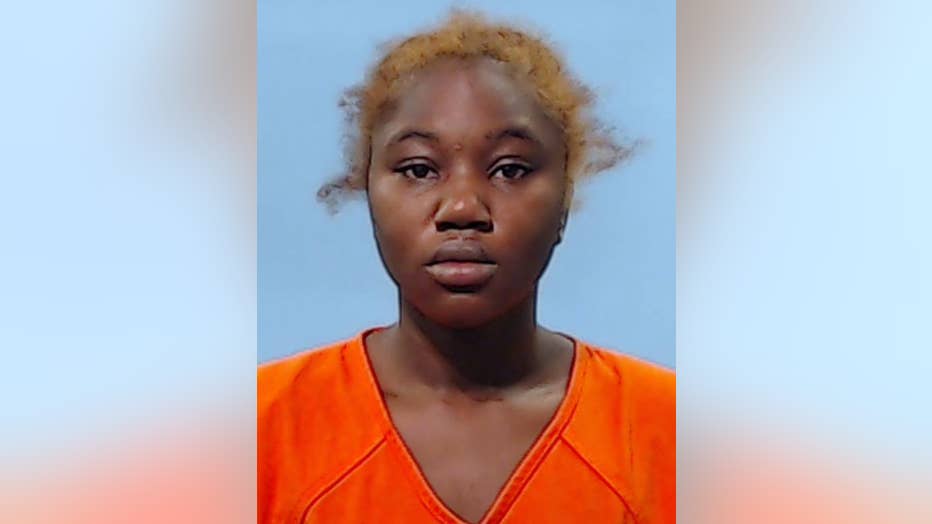 Police said the officer returned to his vehicle and pursued Lewis for a short distance before she stopped again.

As the officer approached the vehicle, authorities said the driver began screaming profanities at the officer.

The officer spoke with Lewis and made numerous verbal requests for Lewis to put the vehicle in park and exit the vehicle, but she refused to comply.

Police stated that Lewis continued to be irate and was not compliant with any of the commands that were given by the officer.

The officer attempted to open the door by reaching into the car through an open window, but police said that Lewis pushed the officers' hands away all while the officer continued to give the driver verbal commands.

Authorities said while the first officer continued to get Lewis to comply, a second officer arrived to assist and attempted to gain entry through the front passenger door, which was also locked.

The first officer was able to get the front driver's door open and the second officer gave Lewis verbal commands to exit the vehicle and put it in park, or he would deploy his department-issued Taser.

That’s when, authorities said, Lewis made a sudden reaching motion toward the back seat of the vehicle, and the assisting officer was forced to deploy his Taser. However, it didn’t have the desired effect due to partially missing the driver. \

Lewis was taken into custody without injury and charged with evading and resisting arrest.

Authorities said as with all use of force incidents, the department initiated an administrative review of the incident and the results showed that the officers’ provided in excess of 50 different verbal commands to Lewis, all of which were ignored.

Final findings of the review were that the officer’s actions were within policy, authorities said.