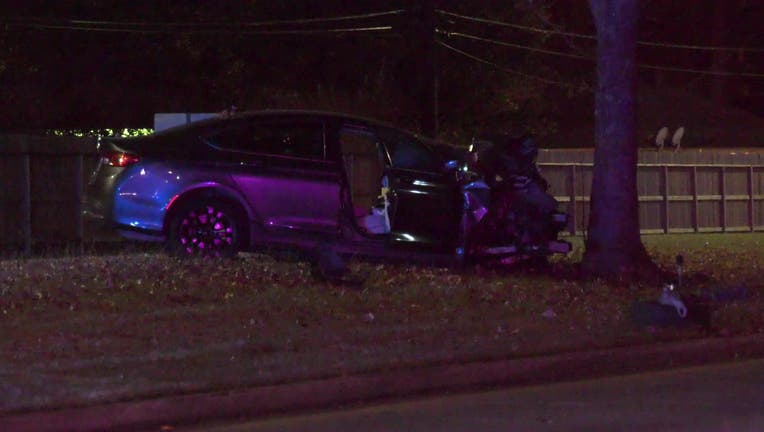 HOUSTON - Authorities say a passenger died and a 15-year-old driver was taken to the hospital with severe injuries after a crash in north Houston.

The crash occurred in the 900 block of W Tidwell Road just before 10 p.m. Thursday.

Sean Teare, Chief of the Harris County District Attorney's Office Vehicular Crimes Division, says the vehicle was traveling westbound on Tidwell when the driver lost control. The car went into the grassy median and crashed into a tree.

The front passenger, a young male believed to be in his early 20s or a teenager, was taken to the hospital. He did not survive his injuries.

Authorities say a 15-year-old female driver was taken to the hospital with severe injuries, but she is expected to survive.

Teare says it appears the vehicle was traveling at a high-rate of speed before the crash.

Police are also evaluating the driver to determine if intoxication played a role in the crash, Teare says.