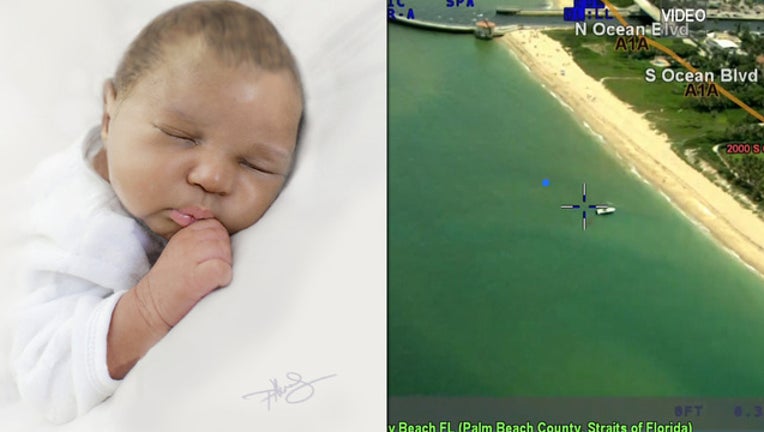 WEST PALM BEACH, Fla. (FOX 13) - It’s been nearly one year since a newborn's body was found floating off the Florida coast, and detectives still have no leads that can direct them to her possible killer.

During a Friday morning press conference, Capt. Steve Strivelli with the Palm Beach County Sheriff’s Office said they have received a total of 22 tips in the "Baby June" case. However, none led to any answers about her identity or her parents.

He said detectives also combed through a list of 700 babies born in Broward and Palm Beach counties within a specific time frame.

“We still need assistance from the public,” he said during the press conference. “We are not currently receiving any additional tips.”

On June 1, 2018, the unidentified baby was found off the Boynton Beach Inlet. She was no more than 14 days old.

“It’s been difficult for us to really investigate without the information the parents that we need,” Capt. Strivelli said. “Nothing has panned out for us at this point.”

The child may have been of Caribbean descent. Strivelli said the agency has been in touch with the Bahamas but said it doesn’t appear they have any suspicious missing baby cases.

A drift study showed the baby’s body was in the water for a couple of days, possibly from Broward County. It’s unlikely the baby came from a boat carrying migrants, he said.

“But there is no guarantee.”

Baby June’s death was ruled a homicide, and the cause of death was suffocation, Capt. Strivelli said.

Detectives also believe the baby was born in a hospital since her umbilical cord was clipped and there was evidence of the heel prick test.

DNA tests, he said, are in a system that is always running. The agency will be notified of any connection that comes up for a relative.

“We hate seeing this stuff. We’re not getting lucky with this case,” Strivelli said. “We hope we still have a future with information to be given.”

The Palm Beach County Sheriff’s Office is offering a $10,000 reward for anything information leading to the baby’s identity, as well as her parents.