KILLEEN, Texas - A military suspect is dead and a civilian suspect has been arrested by the Texas Rangers in connection with the disappearance of Pfc. Vanessa Guillen. The military suspect took his own life when law enforcement attempted to make contact with him.

Special Agents from the U.S. Army Criminal Investigation Command, along with the U.S. Marshals, Killeen Police Department, and the Lone Star Fugitive Task Force were attempting to locate the junior Soldier from Fort Hood who fled the post late yesterday.  While law enforcement agencies attempted to make contact with the suspect, the suspect reportedly displayed a weapon and took his own life.

The name of the soldier will not be released until the next of kin has been notified, according to the United States Army Criminal Investigation Command. The civilian suspect is the estranged wife of a former Fort Hood soldier and is currently in custody in the Bell County Jail.

Army CID says no confirmation of the identity of the remains has been made at this point.

On June 30, partial human remains were found close to the Leon River in Bell County, an area of interest in the search for missing Fort Hood soldier Vanessa Guillen. The Texas Rangers, with assistance from Army CID and other agencies, are still processing the scene.

Today, more remains were found in another shallow grave.

"We did have some cadaver dogs come out this morning and we were able to recover what we believe are more possible human remains," said Major T.J. Cruz of the Bell County Sheriff's Office.

​"It's [the second grave] probably about four to six feet apart from what we recovered yesterday," Cruz explained.  ​

The remains were also encased in a cement-like substance. The substance is being sent off to a lab to be tested and identified. Cruz says they believe they have found all the remains.

Partial human remains were found close to the Leon River in Bell County, an area of interest in the search for Guillen, yesterday and Ft. Hood officials say one suspect is dead and another has been arrested.

Coordination has been made with Armed Forces Medical Examiner Services, who will assist with dental x-rays/DNA for identification by the Southwest Institute of Forensic Science, Dallas, Texas.

Positive identification of the remains is pending.

“We have made significant progress in this tragic situation and are doing everything possible to get to the truth and bring answers to the family of Pfc. Vanessa Guillen,” said Chris Grey, the spokesman for Army CID. 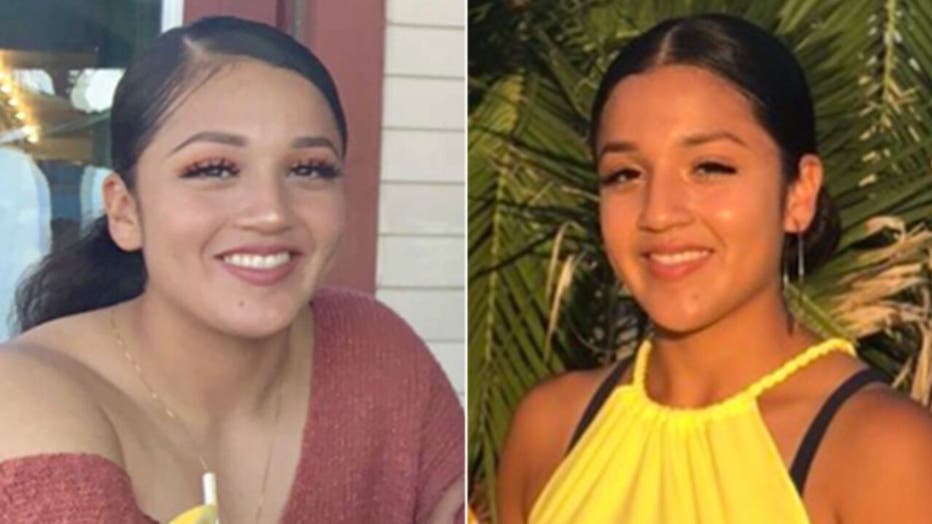 20-year-old Vanessa Guillen was last seen on the morning of April 22 in the parking lot of her Regimental Engineer Squadron Headquarters, 3rd Cavalry Regiment on Fort Hood, Texas, and has not been heard from since.

The Army Criminal Investigation Command has been working closely with multiple law enforcement agencies throughout this investigation to include the FBI, Belton Police Department, Bell County Sheriff’s Department, the United States Marshals Service, the Texas Rangers and the Texas Department of Public Safety.

According to CID officials, this is still an open and ongoing criminal investigation.

Vanessa’s sisters, Lupe and Mayra, were critical of the lack of action and transparency from Fort Hood officials at a news conference in Washington.

"We need the congressional investigation as soon as possible. They lied to us since day one. Fort hood is hiding. I don't know what, I don't know who," Mayra Guillen said.

“There is still a lot of investigative work to be done and we ask for the public and media’s patience,” Grey said. “There are obviously pieces of information and evidence that cannot be shared with the public during an active criminal investigation. Doing so can seriously jeopardize the charging and successful prosecution of individuals. When important investigative information is prematurely released, criminals can and will destroy evidence, conspire to change their stories, build false alibis, etc.”

No further information will be released at this time.

At the press conference, the senior commander will be joined by Fort Hood's U.S. Army Criminal Investigation Command (CID) and representatives from law enforcement agencies who are assisting with the investigation.