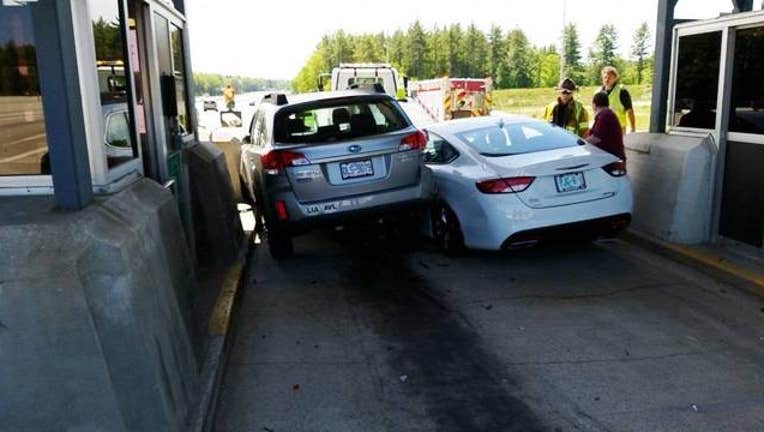 It should go without saying that toll booths are 'no passing' zones, but at least one driver in New Hampshire apparently didn't get the memo.

A photo shared by the New Hampshire Department of Transportation shows a car and an SUV squeezed together in the same toll lane after both drivers apparently tried to drive through simultaneously Tuesday.

"A tight squeeze at the Bedford Tolls on the Everett Turnpike early this afternoon when two motorists entered Lane 2 southbound at about the same time," the Facebook post stated.

Fortunately no one was injured.

There's no word on whether either of the drivers was cited.