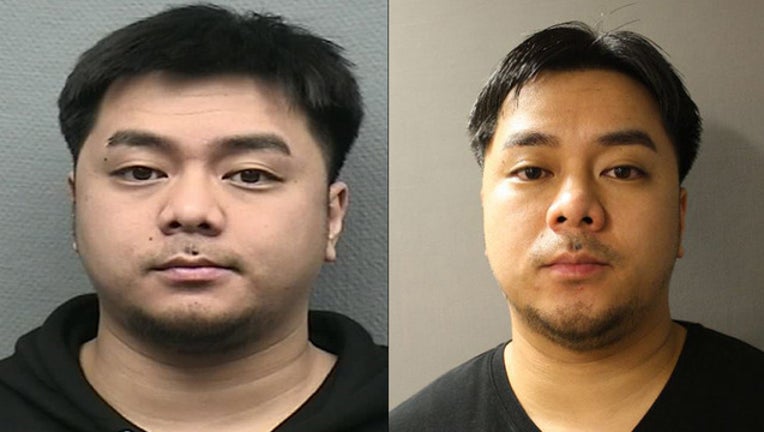 HOUSTON (FOX 26) - Houston resident Happy Tran Pham, 32, was convicted of murder and a Harris County jury sentenced him to life in prison on Tuesday.

Members of the Gulf Coast Violent Offender's Task Force took Pham into custody on Feb. 22, 2016. He was charged with murder on Dec. 15, 2006 following a shooting two days earlier at Cajun Kitchen restaurant on Bellaire Boulevard near South Kirkwood Road in southwest Houston. The restaurant space is the current location of Pho A Hung by Night.

The shooting victim, Pierre Mai, died at Ben Taub General Hospital. Homicide investigators say Mai was eating at the restaurant with friends, including Pham's ex-girlfriend, when someone entered the building, pulled out a weapon and shot him. When Pham shot Mai, witnesses overheard him yelling, "You're in my hood now, mother f-----!"

As Pham ran away from the restaurant, an employee ran after him and fired multiple pistol shots toward him. Surveillance video showed Pham run from the building.

The murder case was featured three times on the television program "America's Most Wanted."

“This person went to great lengths to hide, and it took a lot of manpower and a lot of time to bring him in,” said Harris County Assistant District Attorney Ryan Trask in a statement released on Tuesday. “You can run and you can hide, but eventually the past is going to catch up to you.”

The conviction on Tuesday followed a trial that lasted seven days in 184th District Court. Pham will be eligible for parole in 30 years.

During his time as a fugitive, Pham never renewed his driver license, paid taxes or had a legitimate job, according to court testimony.

When the Gulf Coast Violent Offender's Task Force arrested Pham in 2016, he had five pounds of marijuana and $26,000 in cash.