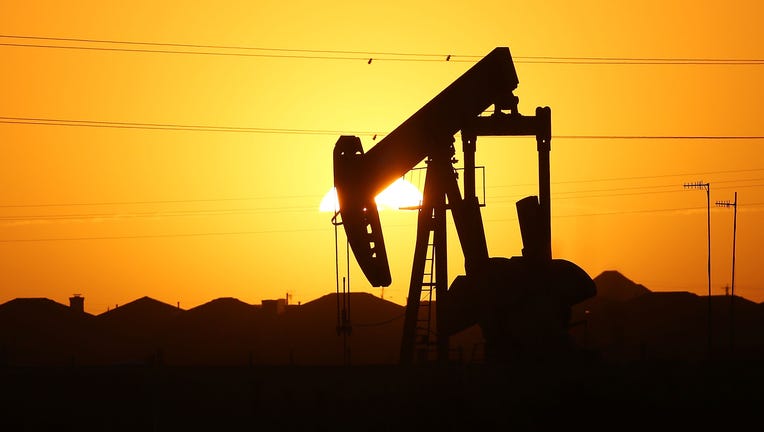 FILE. A pumpjack sits on the outskirts of a town. (Photo by Spencer Platt/Getty Images / Getty Images)

U.S. oil prices plummeted in historic fashion Monday, crashing below zero as traders unloaded positions ahead of the May contract's Tuesday expiration.

West Texas Intermediate crude oil futures for May delivery cratered by 305 percent to -$36.73 a barrel. At a price below zero, buyers would be paid to take delivery as there are costs associated with transportation and storage. The selling had WTI on track to close at its lowest level since recordkeeping began in March 1983, according to Dow Jones Market Data.

The May contract is a “horror show” and “heading into the worst delivery situation in history,” Phil Flynn, senior market analyst at Price Group Futures, told FOX Business. “With demand still dead and OPEC+ cuts not hitting fast enough, the market looks like it has no bottom.”

CORONAVIRUS PRESSURES US MANUFACTURERS TO BRING PLANTS HOME FROM CHINA

Demand for crude oil is projected to fall by 29 million barrels per day this month, according to the International Energy Administration, as COVID-19 has forced countries around the world to issue “stay-at-home” orders to slow the spread of the disease. Lower economic activity means weaker demand for crude oil and its byproducts, including gasoline and jet fuel.

Oil supplies were swelling even before Saudi Arabia launched a price war against Russia on March 8 after the latter refused to join OPEC in slashing production, causing oil prices to post their largest single-day drop on record.

MORE: What to do if you're having trouble getting your stimulus check

After more than a month of pumping out oil at elevated production levels, the world’s largest producers agreed on April 12 to historic cuts that will reduce output by 20 million barrels per day beginning May 1.

However, the production deal still won’t be able to offset the big drop in demand.

WTI has lost 82 percent of its value this year.