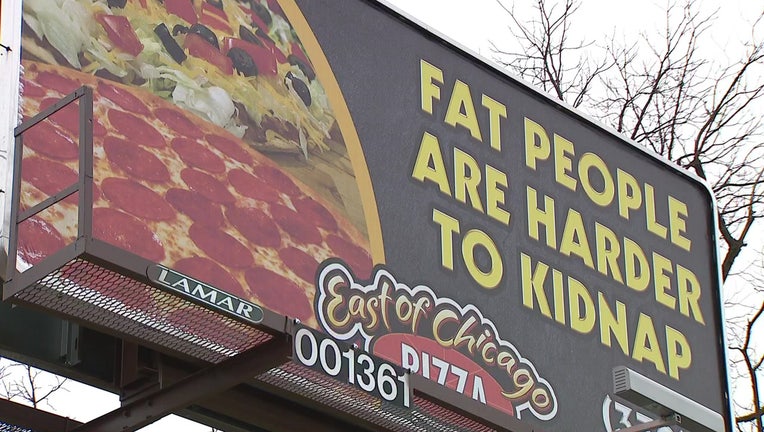 BARBERTON, Ohio - A pizza shop in Ohio is known to use funny slogans in their ads. But one customer complained that their most recent billboard was in poor taste.

FOX 8 reports that in the past year, he's started injecting humor into his outdoor advertising, with phrases such as: "If it's not there in 30 minutes, move closer", "Free box with every pizza", and "You will never have abs so order pizza."

Clemetson said he scours the internet for inspiration for his signs.

His newest ad borrowed from a popular T-shirt sold online, which read, "Fat people are harder to kidnap."

"I discussed the sign with a few people and everyone thought it was funny, so I threw it up on our front sign and no one said anything," Clemetson told FOX 8.

He posted it on the restaurant's Facebook page, where he said it spent weeks without negative comments.

But one customer filed a complaint with the restaurant's corporate headquarters, prompting Clemetson to remove the sign from the front of his store. 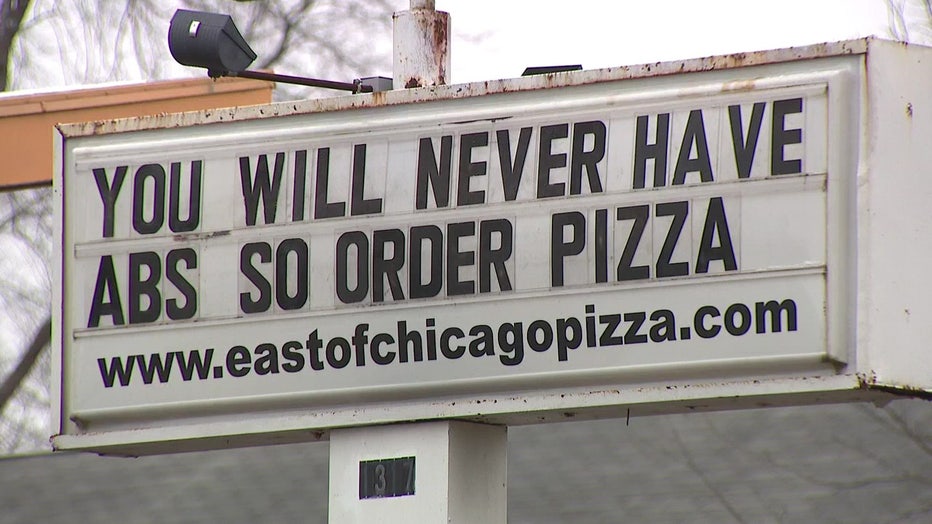 The complaint said the slogan mocked those who are overweight, and suggested the reference to kidnapping was in poor taste considering January is National Human Trafficking Awareness Month.

Clemetson said his intention was never to offend anyone.

"I never even thought about it in that way, kidnapping is not a joke, we are taking it down," Clemetson said. "But there are still going to be more funny signs up here and more funny signs around the community, and if anyone has any comments, my door is always open."

Customers who spoke with the news outlet said they found the billboard funny, but could understand why some would object to it.

"I think a lot of people are going to be offended by it, but I mean, I don't think it's a big deal," one customer told the station. "It's advertisement, it's marketing, you know?"

Another agreed: "I don't see it offensive, they're just advertising and trying to get people to notice them."

Clemetson said he is working on removing the billboard as soon as possible.